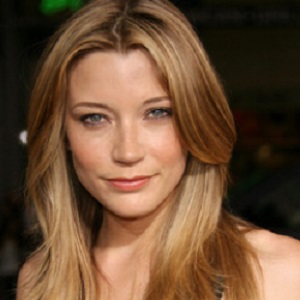 What is the relationship of Sarah Roemer?

Sarah Roemer is a married woman. She has been married to ‘One Tree Hill’ star, Chad Michael Murray. They began dating in 2014 and made an announcement that they got married in January 2015.

Who is Sarah Roemer?

Sarah Roemer is an American actress and model who is best known for her leading role in ‘Disturbia’.

Sarah Roemer is also better known for her performance in films like ‘Asylum’, ‘Fired Up!’, ‘Walking Madison’, and in television series like ‘The Event’, and ‘Chosen’.

She was born on August 28, 1984, in San Diego, California, USA. Her birth name is Sarah Christine Roemer. Information about her parents is not available.

She has an older brother but his name has not been disclosed yet. She used to breed mice at the age of 15.

Sarah holds American citizenship and her ethnicity is a mix of English, German, Scottish, and some Scots-Irish.

She joined Horizon Christian Academy High School but dropped out at the age of 15 in order to carry her career.

Sarah Roemer was discovered by a modeling agent at a coffee shop in 2005. At that time, she was 15 years old and she left her study to become a model. After that, she moved towards New York and began her modeling career.

She signed with ID Model management and in 2007, she appeared in Maxim Magazine and featured in an article in Natural Health magazine, followed by a feature in Nylon Guys magazine.

Her role as Ashley Carlson in the film ‘Disturbia’ made her more famous as she gained a lot of recognization through it. She appeared as Eve in the film ‘Cutlass’ alongside Kristen Stewart, Virginia Madsen, and Dakota Fanning.

Her character of Andy Wilson, daughter of Parker Wilson, in the film ‘Hachi: A Dog’s Tale’ in 2009 was also her one of the remarkable performances. She debuted her Television role as Leila Buchanan in ‘The Event’ in 2010.

Her other notable television roles include Marissa Garcia in ‘Hawaii Five-0’ in 2011 and Avery Sharp in the series ‘Chosen’ from 2013 to 2014.

She was nominated for MTV Movie Award in the category Best kiss for ‘Disturbia’ in 2008.

She has an estimated net worth of around $2 million as of 2022, and it is expected to rise in the future as she is still active in her career.

There was a rumor about her pregnancy with her second child but the rumor ended after she gave birth to her child on December 2, 2016.

To know more about Natalie Hall, Kate Miner, and Karen Finney, please click on the link.