Who is Sarah Solemani is married?

The couple welcomed their first baby daughter, Soraya Rae on 18th December 2013. In 2018, the pair welcomed their second child a son. However, she hasn’t disclosed her son’s name. 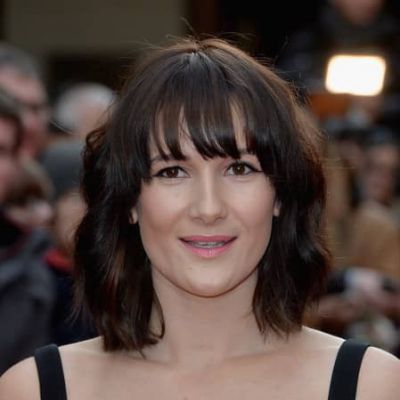 Who is Sarah Solemani?

Sarah was born on 4th September 1982 in Camden, London, England. She is the daughter of Akiva and Rachel Solemani. She belongs to British nationality and holds mixed(Persian-Jewish and Northern Irish) ethnicity.

Sarah passed A levels located at Henrietta Barnett School. She graduated from New Hall, Cambridge, and earned an MA.

Sarah debuted in Red Cap (TV Series) in the role of Gillian Jennings (2003). In 2005, she played the role of Vera in Mrs. Henderson Presents (2005). Similarly, in 2007 she was seen in many movies such as Living with Two People You Like Individually...But Not as a Couple, Roman’s Empire, and Suburban Shootout.

Besides that, in 2011 Sarah played in many films including Silent Witness, Comic Relief: Uptown Downstairs Abbey, Psychoville, All That Way for Love, and Comedy Showcase.

She portrayed the role of Rosie Gulliver in The Bad Education Movie (2015).  Solemani made her appearance in Bridget Jones’s Baby (2016) as Miranda.

Furthermore, Sarah was seen as a Rachel Griffiths in Wild Honey Pie! (2018). In the following year, she played the role of Angie Morrigan in How to Build a Girl. In addition, she made her appearance in Inside No. 9 (TV Series) as an Emily. Salamoni appears in Chivalry (TV Series) 2021.

Sarah wrote a Love Matters (TV Series) in 2013. In the following year, she wrote The Secrets (a TV Mini-Series). In 2018, she writes a TV Series named Barry.

Similarly, in 2021, she writes Made for Love (TV Series), Ridley Road (TV Series), and Chivalry (TV Series). Moreover, Sarah is the writer, producer, and director of Urban Myths (TV Series) 2019.

Furthermore, Sarah was nominated for Bridget Jone’s Baby (2016). She is the nominee for WGA Award for Barry (2018).

Sarah has a net worth of $2.5 million. Although, she is leading her life lavishly she hasn’t revealed any details about her salary and income.

Sarah stands at the height of 5 feet 7 inches. She has a well-maintained body with a 56 kg weight. She has black hair with dark brown eyes. However, there isn’t much information about her whole body measurement, dress size, and shoe size.