Updated On November 24, 2022 | Published By: Robert Taylor
Share this
Single 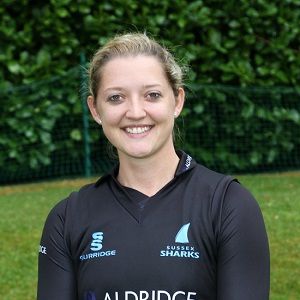 The U.N.'s reputation for protecting civilians is at stake, the secretary-general's report shines a bright light on peacekeeper abuses, but countries that contribute peacekeeping troops will need to follow through on prosecuting these crimes.

What is the relationship of Sarah Taylor?

England wicketkeeper-batswoman is currently single. She hasn’t been in any relationship yet. Sarah has managed to focus only on her professional career rather than on a personal relationship.

She also doesn’t talk openly about her affair with the media. However, Sarah had one tweeted Indian cricketer Ravindra Jadeja several times after the t20 world cup 2014.

There were rumors about their relationship but later she denied it.

Who is Sarah Taylor?

Sarah Taylor is a professional cricketer who represents England. She is a wicketkeeper batswoman.

She is best known for her sweeping and pulling stroke play. She is an opening batswoman in one-day matches and Tests as a middle-order batsman.

Recently, in 2017 she lifted the World cup trophy which was held in England. She was also a member of the England team which claimed the victory over Australia in the Ashes in 2008.

Sarah Taylor was born on 20 May 1989 in London, England. Talking about her early life she grew up like every normal girl with her family. She has a sister, Beki Lock.

Sarah had a keen interest in cricket from her childhood.

Concerning her education, she completed her graduation from Brighton College.

Sarah Taylor made her debut as a Test player in her international career on 8 August 2006. And ODI debuted on 16 August 2006 both against India. On 1st September 2008, she became the youngest woman cricketer to score in One Day Internationals.

While she led her team to 10 wickets win by scoring 75 not out at Taunton in England against India. In June, she scored 120 in the 2nd One Day International at Chelmsford, overtaking Enid Bakewell’s 118 in 1973 as the highest individual score against an Englishwoman.

On 8 August 2008, she broke the record for the highest stands in women’s One Day International cricket by scoring 129. She had had the first wicket partnership of 268 with Caroline Atkins at Lord’s for England against South Africa.

In the Women’s World Cup semi-final of 2017, she scored a brilliant half-century against South Africa which helped her team to reach the final. Sarah alongside Heather Knight, Natalie Sciver, and Anya Shrubsole helped their team to win the famous World Cup title.

As a professional cricketer, she has a healthy net worth of thousands of dollars. She is one of the highest-paid cricketers on the English women’s team. However, there isn’t any information regarding her net worth.

Apart from her sports career, she co-founded the mental health charity Awesome Minds.

Sarah Taylor faced a bit of controversy when she got selected for the Brighton boy’s team in the Marylebone Cricket Club. Furthermore, it didn’t make serious issues.

There were rumors that Sarah Taylor wanted to have affair with Indian all-rounder Ravindra Jadeja when Sarah was tweeting him and asking him to follow her on Twitter. But those were just the rumors.

How tall is Sarah Taylor?