Updated On November 23, 2022 | Published By: Frank Ingram
Share this
Married 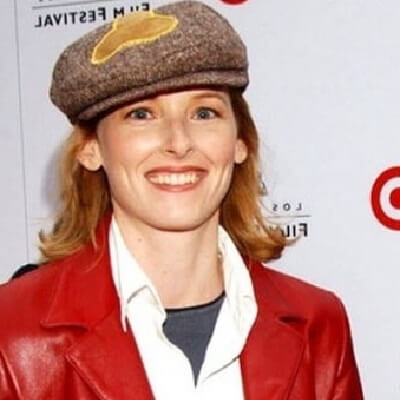 What is the relationship of Sarah Trigger?

Sarah Trigger is a married woman. Her husband‘s name is David Dickey.

From their marriage, they have a son named Alex Dickey who was born in 2006.

There are rumors that her second marriage also did not work and she is separated from David. However, this information has not been confirmed yet.

Previously, she was married to the Hollywood actor, Jon Cryer. Jon is famous for his work in Two and a Half Men as Alan. The couple dated for some time before getting married on 22nd January 2000.

Who is Sarah Trigger?

Sarah Trigger is a British actress. She is best known for her work on ‘Things to Do in Denver When You’re Dead’, ‘Bill & Ted’s Bogus Journey’, and ‘Deadfall’.

How old is Sarah Trigger?

She has not revealed anything about her parents. Similarly, there is no information about her siblings and other family members. She spent her childhood days in London.

Trigger has not revealed anything about her educational background. There is no information about where she went to school or college.

In December 2009, Jon Cryer filed a case against Sarah and accused her of trying to kill him. According to the allegation made against her, Trigger hired a hitman, her ex-boyfriend Eddie Sanchez to kill Jon and he was attacked while shooting Two and a Half Men.

In interrogation, Sanchez admitted that Trigger personally called him and gave instructions to kill both Jon and David Dickey. However, she denied all the allegations and since no evidence was ever found against her, she was found innocent. Since then, Jon has increased his security.

Also, she was criticized for demanding an outrageous sum of money for child support after divorce. Jon was paying her $8,000 a month for child support but she later demanded $88k. The court dismissed this request.

In 2009, she was arrested from her home in Hermosa Beach, California in suspicion of child abuse. Her husband, David Dickey called the police. Their two-year-old son, Alex had neck injuries and had rope marks around his neck.

While in police custody, she said that the incident was an accident. She got out on bail paying $100k.

Sarah Trigger started her acting career at the age of 22. She made her debut on TV in 1990 with the series Monsters. She also played the character, ‘Edwina’ in an episode of the series, ‘Museum Hearts’. Sarah also featured on the series, ‘Nasty Boys’.

Following her impressive performances on TV, she began getting offers from movies. She starred in movies, The Last to Go, El Diablo, and Aftermath: A test of Love and Kid. She grabbed a lot of attention after landing a role in adventure comedy, ‘Bill and Ted’s Bogus Journey’ starring Keanu Reeves.

Some of her other movies include Deadfall, Pet Sematary Two, ATF, Things To Do in Denver When You are Dead, Too Close to Home and many others.

How much is the net worth of Sarah Trigger?

Sarah Trigger has an estimated net worth of around $300k as of 2022. There is no information about her salary. An average actress in England earns around $40 k. So, she also might be earning somewhere in that region.

You may also like to read the Bio, Career, Body Measurements, Social Media, Net Worth, relationships, and more about Alice Evans, Kate Phillips, Ralph Fiennes, and more.

Lucky For The 2nd Time? American Actor Jon Cryer In A Happily Married Life After Lot’s Of Controversy And Messy Divorce!! His Current Wife And Previous Relationship