Sarah's Day is a popular Australian Youtuber and social media personality. She is married and a mother of one.

Sarah is currently married to her husband Kurt Tilse. The two started dating in 2017 and have been together ever since. They welcomed their son named Fox in March of 2019.

Shortly after this, in December of 2019, the couple finally got married. They are really cute together and aren’t afraid to show their love for each other through social media and their vlogs.

She hasn’t shared anything about her previous boyfriends and relationships. 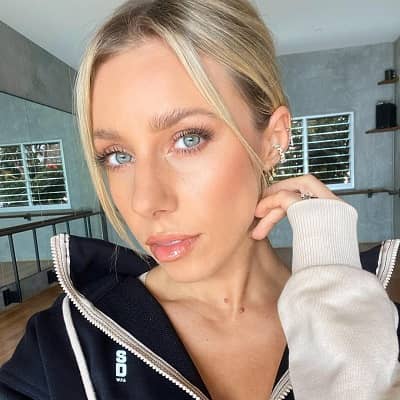 Who is Sarah’s Day?

Sarah’s Day Sarah Stevenson; was born on the 30th of August, 1992 in Sydney, Australia. As of now, her age is 28. Her nationality is Australian but she hasn’t revealed her ethnicity.

Sarah hasn’t shared anything about her parents, not even their names. She grew up in Australia alongside her two sisters named Emily and Talia.

Sarah was passionate about beauty and fitness growing her which eventually helped her Youtube career in the future. Aside from this though, her childhood is mostly a mystery.

Sarah seems to be pretty well educated. Still, her exact qualifications and educational journey are not known as Sarah hasn’t shared anything about it.

Sarah started her rise to internet fame through her Youtube channel in August 2013. She uploaded her first video soon after, which was basically her introduction and what viewers could expect from the channel.

After this, she started posting tutorials and other videos for a healthy diet and lifestyle. Her videos are quite informative and her content helped her gain a lot of fans.

And as time went by, she also added a bit of variety to her channel by uploading exercise routines and tutorials along with vlogs. Her vlogs are also quite entertaining and personal which helped her connect to more people on Youtube.

As of now, Sarah’s channel Sarah’s Day has over 1.5 million subscribers and over 240 million total views. Her channel is still growing in popularity and is good for fitness and diet advice.

She is also quite frequent with her uploads and her more personal vlogs have millions of views. Sarah is also a popular personality on Instagram.

She posts her modeling photos along with updates on her private and professional life. Thanks to this and her popularity on Youtube, she has over 1.2 million followers on her account.

Sarah has accumulated an impressive net worth that is estimated to be around 2 million USD as of 2022. She hasn’t shared any details regarding her annual salary.

In 2020, Sarah received criticism for the Instagram post of her colorful braid hairstyles with many fans claiming that it was cultural appropriation. In response, she apologized to her fans and those that were offended by her hairstyle.

It took some time for this to calm down as many accused her of playing the victim after her apology. She also has a lot of critics who claim that her personality is a bit fake and that she cannot handle criticism, even if it’s constructive.

Sarah stands at a height of 5 feet 3 inches and her weight is roughly 55 kilograms. She is also quite good-looking and has built a slim and attractive physique. Her body measurements are 33-26-34 inches. Her hair is blonde and her eyes are blue in color.

Get to know more about the lives of Grant Marshall and Erika Diane as well.