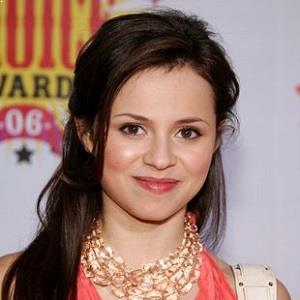 What is the relationship of Sasha Cohen?

Sasha Cohen is a married woman. She became engaged to her boyfriend, Tom May on July 5, 2015. The pair later married in Cape Cod, Massachusetts on August 20, 2016.

In February 2018, she and May were living apart and going through divorce proceedings.

Cohen announced her engagement to Geoffrey Lieberthal, an equity partner who is also the son of political scientist Kenneth Lieberthal in October 2019.

In November 2019, the couple announced that they were expecting their first child. Their son was born in January 2020.

Who is Sasha Cohen?

Sasha Cohen is an American figure skater and actress. She is the 2006 Olympic silver medalist, a three-time World Championship medalist, the 2003 Grand Prix Final Champion, and the 2006 U.S. Champion.

Additionally, she has a younger sister, Natalia. She became interested in gymnastics in her childhood years. She is of American nationality. Furthermore, she belongs to Russian ethnic background.

Talking about her education, Cohen graduated from Futures High School in Mission Viejo, California in 2002. As of 2011, she was enrolled as an undergraduate student at Columbia University.

Cohen initially switched to figure skating when she was seven years old, but it wasn’t until she was eleven that she began to take the sport seriously.

She rose to prominence in the skating community during the 2000 U.S. Championships. Cohen did not compete at the 2001 U.S. Nationals due to a stress fracture in her back.

Sasha has also won three silver medals and a bronze at the U.S. National Championships. Furthermore, she won a silver medal in women’s figure skating at the Winter Olympics in Turin, Italy in 2006 for the United States.

Apart from her career in skating, Cohen has also done commercials for Citizen Watch, Simply Saline, and Got Milk. Additionally, she appeared in Episode 7 of the second season of ‘Project Runway.

In April 2008, she appeared as a contortionist on the premiere episode of ‘Secret Talents of the Stars and advanced to the semifinals. She has 5 credits as an actress.

She starred in the 2007 feature film, ‘Moondance Alexander. In addition, she released her book ‘Fire on Ice: Autobiography of a Champion Figure Skater’.

Cohen is the first skater to receive +3s for spirals under the International Skating Union Judging System and was also the first female to break the +130 barriers on a free skate under the IJS.

Cohen has not revealed her current salary. Additionally, regarding information, her estimated net worth at present is $160 million as of 2022.

Cohen has successfully kept her life away from the mainstream media spotlight at present.