Renewed as a Professional Basketball Player and entrepreneur.

Sasha Vujacic’s current relationship status is possibly single. He was engaged to Maria Sharapova who is a professional tennis player. Sasha and Maria met via a mutual friend. She liked him at the first sight and later exchanged numbers. There was news of them getting married in Istanbul in November but their career made a problem in their relationship. Maria accused him that because of his male ego, the difference between them started. Hence, they decide to part ways in 2012.

In past, He has been in a relationship with Katie Cassidy who is an American Actress. They are together only for 2 months from July to September 2009. 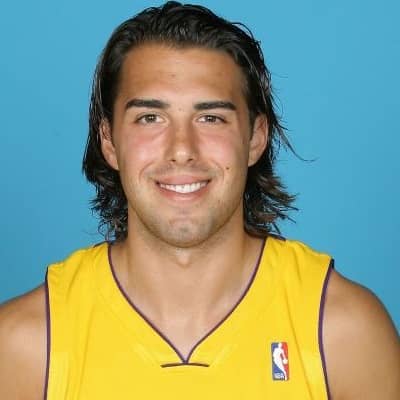 Who is Sasha Vujacic?

Sasha was born on March 8, 1984, in Maribor, Slovenia. As of 2020, he is 20 years old. He holds Slovenian nationality. Vujicic’s nickname is “The Machine” was named by TV journalists Joe Meyers and Atu Lantz.

Sasha is the son of Vaso Vujacic who is a Serbian basketball coach and her mother, Ksenija Bjekovic was a Slovenian volleyball player. His mother was playing volleyball for a top Yugoslav women’s club, Branik Maribor.

Sasha parents both are athletes so there is a huge possibility his interest in the game from his childhood.

There is no information available regarding his educational background.

Sasha is a professional basketball player. In addition to playing basketball, he also involved in several entrepreneurial ventures which is mention below:

As a Basketball Player

At the age of 16, Sasha began his career as a basketball player. From 1998-2000, he played for Branik and Polzela junior team. From 2001-2004, Vujacic played for the Snaidero Udine of the Italian Lega Basket Serie A and played for the Slovenian junior national team and won a silver medal at the 2002 European Junior Championship.

On July 20, 2004, Los Angeles Lakers selected him to play in the 2004 NBA draft playing as a shooting guard. He signed the multi-year deal with the Lakers.

While playing for the Lakers, Sasha also achieved success in his career. He recorded a high point in a win over Denver Nuggets on November 29, 2007.

Also, in the 2008 NBA Finals, Sasha scored a career playoff-high 20 points off the bench with the exception of Kobe Bryant, to score in double figures.

Later, Sasha made his debut for the New York Knicks as a season opener recording 11 points, 6 rebounds, 3 assists, and 4 steals against Milwaukee Bucks on October 28, 2015.

He re-sign with the team on July 14, 2016. On August 29, 2017, Sasha  signed with Italian club Auxilium Torino where his team win against German Basket Brescia with a score of 69-67 in the finals

Sasha and his family started a business producing wine and also officially launched the label Aleksander Wine in 2017. Sasha became the official Ambassador of the new Japanese basketball team, Saga Ballooners in 2018 where his brother was appointed as Playing Head Coach in the same year. He helps to promote the sport of basketball in Japanese culture.

Sasha Vujacic: Net worth and Income

Sasha’s has an estimated net worth of $12 million through his career as a basketball payer.

Sasha mentions his profile clean. Furthermore, there is no information found about his controversy regarding his professional life.

Sasha’s height is about 6 feet 6 inches approximately and his weight is about 87.5 kg. Likewise, He has black color of hair and dark-brown eyes color.

Sasha is active on Twitter where he has 58.7k followers. Sasha’s Instagram handle is @sashavujacic where he has uploaded 1,035 posts and 50.9k followers till now.