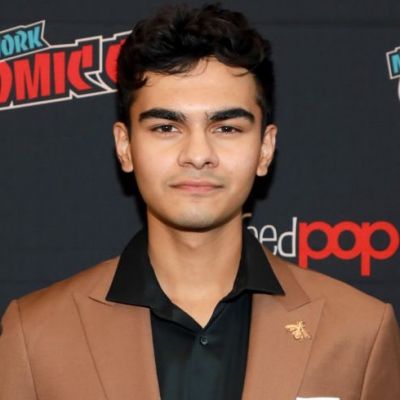 Who Is The Emerging Star, Sauriyan Sapkota Dating At Present?

Well, when it comes to his love life, there is a paucity of information regarding this as the actor has done everything within his power to keep these details under lock and key.

Therefore, Sauriyan Sapkota is possibly a single guy. He seems to be more inclined toward his career at the moment.

Sauriyan Sapkota is a young, and skilled American actor of Nepali origin.

Sapkota soared to fame after playing the role of Amesh, in the Netflix series, The Midnight Club. It aired on October 7, 2022.

Furthermore, in 2022, the actor will be seen in the forthcoming horror drama miniseries, The Fall of The House of Usher.

According to the sources, Sauriyan Sapkota is 22 years old, but his exact birth date and birthplace are not available. Still, it is not confirmed whether he was born in Nepal or The United States.

Currently, he holds American nationality, as he resides in America with his parents. He is of Asian ethnicity.

He is the first child of his parents, father, Sanjeeb Sapkota, and mother Sabina Lamsal Sapkota. He also has a younger brother named, Sauzaas Sapkota.

His educational life is under lock. He is assumed to be a high school graduate but the data regarding his educational background and college experience are unknown.

However, as per the sources, it is known that his mother, Sabina, completed her schooling at Georgia Gwinnett School.

The 22-years-old actor, Sauriyan, made his acting debut by appearing as Amesh in the Netflix Original series, The Midnight Club.

On October 7, 2022, the first season of the series was released on Netflix airing its 10 episodes. It was created by Mike Flanagan and Leah Fong and is based on Christopher Pike’s novel of the same name. Other elements from Pike’s books also have been featured in the series.

Adding more, the first episode of the series, hit the new Guinness World Record for being the most scripted jump-scares in its single episode on television at 21 jump-scares.

Similarly, he will be seen in his next project, The Fall of the House of Usher (miniseries), which is set to premiere on Netflix.

Though there is no confirmed info on his salary and earnings, his net worth is believed to be $5 million, as per 2022 reports.

2022 series, The Midnight Club‘s actor, Sapkota has not faced any serious rumors or controversies.

If the actor got into any rumors in the future, we will update the info as soon as possible.

The rising 22-years old actor Sauriyan, stands at the height of 5 feet 8 inches, while he weighs around 55 kg.

Likewise, he has pair of black eyes and hair in a brown complexion.

Get to know more about, David Giuntoli, Kristina Wagner, and Thomas Forbes-Johnson.

Samantha Sloyan
Tags : American Actor The Fall of the House of Usher (2022) The Midnight Club (2022)