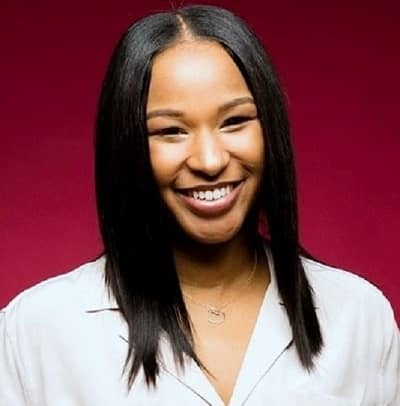 I designed every piece {of furniture} for a different reason and purpose, so I love each one.

Information regarding Savannah Brinson’s past relationships is not known at present. She and LeBron James met in high school and though she was a junior and he was a senior, the two started dating.

When she was 18, LeBron took Savannah to prom when she was five months’ pregnant.

On December 31, 2011, LeBron James proposed to Savannah Brinson. The pair got married on September 14, 2013, in San Diego. Several A-list celebrities, including Jay Z, Beyoncé, Gabrielle Union, Dwayne Wade, and Carmelo Anthony were in attendance at the wedding ceremony. The couple had a more intimate ceremony in the south of France before their reception in California.

Who is Savannah Brinson?

Savannah Brinson is an American entrepreneur, furniture designer, and interior designer but is mostly known as the wife of LeBron James.

She joined forces with furniture company American Signature in 2010 to design their own line, focusing on creating style-forward choices for kids.

Savannah was born in Akron, Ohio on August 27, 1986. Her nationality is American and ethnicity is African-American.

Savannah Brinson opened up The Juice Spot in the Brickell area of Miami. Though popular, she closed it down in 2016 since she and her family had relocated back to Cleveland. She and LeBron launched the Home Court line of furniture with American Signature in 2011.

She is active with the I PROMise Makeover, an event that assists hundreds of underprivileged girls to attend their high school prom. Brinson is a devoted wife, community activist, and mother, who has dedicated her life to supporting husband LeBron James in all his endeavors, both on and off the court.

Savannah Brinson: Salary and Net Worth

Although a famous personality, the salary and net worth of Savannah are not known at the moment.

Savannah has not been involved in any controversies in her career. There are no rumors concerning her at the moment.

Savannah Brinson has an average height of 5 feet 7 inches. Her hair color and eye color is black. There is no information on her weight, shoe size, bra size, etc.