Savannah Chrisley is a beauty pageant contestant and television personality.

Savannah Chrisley has just begun her journey towards success and fame. She prefers people focusing on her work rather than her personal life.

In June 2017 it has come to be known that Savannah is dating NBA player Luke Kennard. Todd Chrisley had informed how Savannah and Luke met and started dating.

She was rumored to be dating NBA player Chandler Parsons in early 2017. In January 2017 Savannah had broken from her boyfriend of two years called Blaire Hanks.

She then started to date Nic Kerdiles in 2018. In the same year, this couple exchanged rings. But after two years in Sep 2020, he and her boyfriend decided to go separate ways. 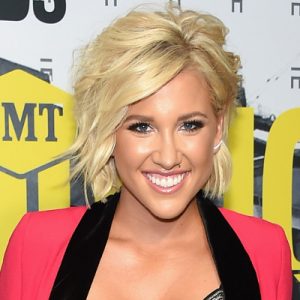 Who is Savannah Chrisley?

Beautiful Savannah Chrisley is a beauty pageant contestant and television personality who hails from America. She gained a lot of attention for her appearance on the USA Network reality show, Chrisley Knows Best.

She opened her eyes for the very first time on August 11, 1997, in Atlanta, Georgia, U.S. Her father Todd Chrisley is a millionaire and her mother is Julie Chrisley.

She grew up alongside her four siblings. However, not much is there regarding her earlier days and ancestry. Much of the attention and fame she earned over the years is entirely focused on her work and talent.

In the same way, the way she has displayed her talents and aptitudes, there is no denying that she had amazing education facilities to nurture, develop, and guide her talents in the right direction.

It sure did help her to achieve what she always wanted to and dreamed of. However, her education and qualifications in detail are still to be disclosed in the coming days.

Initiating her career, she competed displaying her beauty and talents in Miss Tennessee Teen USA in 2015. Eventually, due to her incredible display of intelligence and beauty, she earned the top spot by winning the show.

Afterward, with confidence so high she competed in the Miss Teen USA pageant in 2016. However, she couldn’t make it past the top five of the competition. Meanwhile, she appeared in the first episode of the USA Network reality show, Chrisley Knows Best as a daughter of reality stars in the show, Todd Chrisley and Julie Chrisley.

The exceptional and jaw-dropping talents she displayed in her career surely amassed her a lot of fame and popularity.

In the same way, over the years, she has generated a lot of income from displaying her charismatic talents which surely has skyrocketed her net worth. However, her net worth is still not confirmed as she has just begun her career.


During her entire career, she has always maintained top-notch professionalism over her work. Her work is always admirable and her hard work reflects on how well she is doing in her career. It was rumored in April 2017 that she had got a boob job done.

There were also some romance rumors between Savannah and NBA star Chandler Parsons but nothing was confirmed from both parties.

Recently she experienced wardrobe malfunctions when her pants split.

Savannah Chrisley has an average body structure with decent height and weight match her body. She has a height of 1.7 m or 5 feet 7 inches tall and possibly weighs 127 pounds or 57.6 kg.