Updated On November 15, 2022 | Published By: Marc Surne
Share this
Single 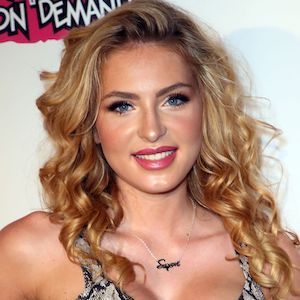 What is the relationship of Saxon Sharbino?

Saxon Sharbino is currently single. She was in a relationship with Jake Paul in 2014. Jake Paul who is a YouTuber. She is focused on building her career and is happy with her single life.

Who is Saxon Sharbino?

Saxon Sharbino was born on June 11, 1999, in Lewisville, Texas, the U.S. She belongs to American nationality but her ethnicity is unknown.

She is the daughter of Ron Sharbino(father) and Angela Sharbino(mother). Between the three Sharbino siblings, she is the oldest. Her brother name is Sawyer Sharbino and her sister name is Brighton Sharbino.

As she loved acting from a young age of 9 her family moved to Los Angeles, California for the betterment of her career.

She gave a start to her career as an actress. She beat hundreds of actresses and was selected for the lead role in a gritty spy pilot for FOX. The movie gritty spy pilot was created by Karyn Usher and directed by Brett Ratner. She was hired in the hit series Touch where she was starring opposite to Kiefer Sutherland and Maria Bello.

There is no information about her salary. As of 2022, she has an estimated net worth of $1.5 million.

Is Saxon Sharbino involved in any rumors and controversies?

Talking about the rumors and controversy, in 2014 there was a rumor that she is dating Jake Paul and later jake posted about their relationship on Twitter.

What are the body measurements of Saxon Sharbino?