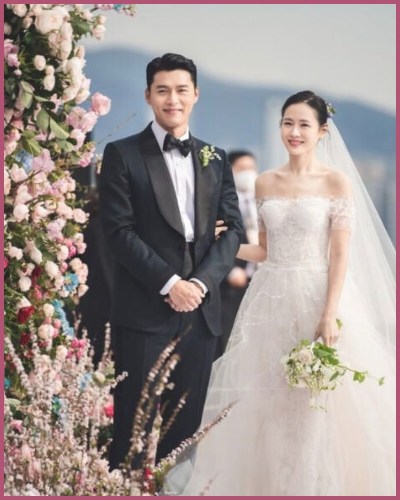 SBS star Son Ye-Jin, 40 is a mother-to-be! Are you excited to catch up on her pregnancy journey?

The Crash Landing on You Star announced on June 27 that she is pregnant, nearly three months after getting married to her co-star Hyun Bin.

“Hello everyone, how have you been? I’m doing great. Today, I want to carefully but happily share an announcement to you all. We [Son Ye-jin and Hyun Bin] are expecting a new life soon”

“It still feels surreal, but I’m slowly living it while feeling the changes in my body with full of concerns and excitement. I’m so grateful, but I haven’t been able to tell anyone about this because I was cautious.”

Not only that Son Ye-jin addresses her well-wishers and fans to celebrate the moment by saying,

“For fans who have been waiting for this news just as much as we are, I’m informing you this news you all before it gets later. We will take good care of the precious life that has come to us. I hope you will also take care of the things that are precious ones in your life, and stay healthy. Let’s be happy.”

When did Son Ye-jin and Hyun Bin get married?

Son Ye-jin and Hyun Bin, who starred in the hit drama Crash Landing on You exchanged their wedding vows in a lavish wedding in Seoul on March 31, 2022.

Eventually, the couple flew to Los Angeles for their honeymoon on April 11 and spent 17 days before returning to South Korea on April 28.

Pregnancy rumors about the Korean actress Son Ye-jin came in May as well when one of her Instagram photos seemed like a baby bump. But it was not then just a stomach caused by her tight-fitting dress.

The Classic and Summer Scent actress had revealed her love affair with beau Hyun Bin back in January 2021 after having dated him for over 8 months.

Who is Hyun Bin?

Hyun Bin, 39 is a South Korean actor who rose to prominence with his 2005 film My Name is Kim Sam-soon.

Hyun has worked in many crime, horror, and romantic genre films and drama. His crime thrillers movie is The Swindlers (2017), and The Negotiation (2018). Meanwhile, Hyun Bin is also featured in the zombie horror Rampant.

Tags : Crash Landing on You SBS star The Negotiation