Scarlet Adam is a drag performer and reality TV star who was seen in RuPaul's Drag Race Down Under.

Scarlet Adam has identified himself as a drag and a comedy queen and currently appears to be single. He hasn’t introduced anyone as his lover. In further days, if he revealed anything about his love life then we will update it. 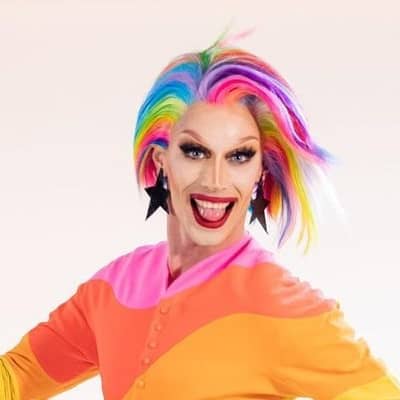 Who is Scarlet Adam?

Scarlet Adam is an Australian drag performer and reality TV star. She is better known as the contestant in the first season of RuPaul’s Drag Race Down Under.

Scarlet is better known by his stage name Scarlet Adam but his real name is Anthony Price. He was born on February 17, 1993, in Perth, Australia. At present, he is 28 years old and his Zodiac sign is Aquarius.

Scarlet is a very secretive person when it comes to his personal life. He hasn’t yet disclosed his parent’s and sibling’s identities in the media. Also, his academics details are under the curtains.

Scarlet came into the limelight of the media after the cast of the first season of RuPaul’s Drag Race Down Under was revealed at Sydney Gay and Lesbian Mardi Gras Festival on March 6, 2021.

He is the first and the only queen from the state of Western Australia to compete in Drag Race. In the third episode “Queens Down Under” of the show, Scarlet won both the Mini and Maxi Challenges (team captain) in the same episode. In the second episode, she wore a dress created by Drag Race Thailand Season 1 contestant Bunny Be Fly.

So far, she has won two challenges. She is still on the show and has a probability to win the show. Moreover, Scarlet is the first drag queen to compete in Miss Burlesque Australia. Also, she participated in the Miss Burlesque Western Australia 2018 where she won the title of the show.

Recently, Adam has come under criticism after her past racist videos and photos were rediscovered via Instagram by Felicia Foxx, a legendary Aboriginal drag queen. In the photos, she is wearing a shirt with the Aboriginal flag, with dark tanned skin and two teeth blacked out. As per Guardian Australia reported that the image was taken on the 26th of January 2012 on Invasion Day.

After the Felicia posts, Adam apologized and directly responded to Foxx on the post saying, “Felicia, I’m so sorry you had to see this and I feel awful, I have so much respect for you. I have addressed this a few times. It’s on my Instagram at the very top under highlights”. Also, she reposted an apology she made in July of 2020.

Adam might have earns a fair amount of fortune throughout his career. But he hasn’t yet revealed his actual amount of net worth, salary, and yearly income in the media.

The winner of RuPaul’s Drag Race Down Under will receive a cash prize of $23,187 dollars with one year supply of Revolution Beauty Cosmetics. Adam is still on the show so there is a high chance to win the show title by Adam.

Adam has an impressive height with an average weight. However, his height, weight, and other body physics are still under review. Further, he has brown hair color with hazel blue pair of eyes.

He nearly 1.4k followers on his Facebook page. Also, he has shared his email id [email protected] for any business inquiries.