Skip to content
Married Biography
Married Biography / Entertainment / Scarlett Johansson faces backlash for her comments against Hollywood diversity! She is not in favor of restrictions in the field of art!

Scarlett Johansson faces backlash for her comments against Hollywood diversity! She is not in favor of restrictions in the field of art!

Updated On October 27, 2021 | In controversy , Entertainment , Interesting Facts
Share this 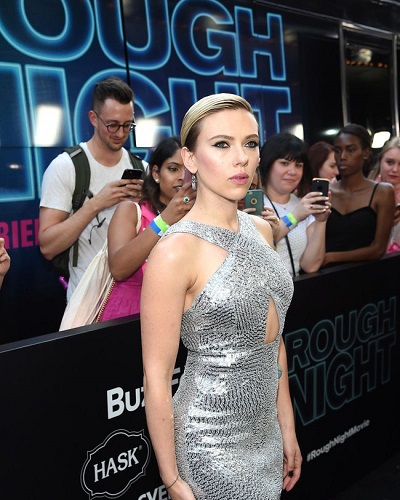 There is yet another debate which has rocked and divided Hollywood. The various entertainers are arguing about diversity in Hollywood. Some are for it while others feel that it should not be so. So what exactly is this diversity debate and what are people saying on it? What does Scarlett Johansson feel about it?

Hollywood and the diversity debate

Hollywood stars and others are arguing that specific roles should go to specific people. For example, a transgender should play the role of a transgender in a film and a deaf person should be the one who portrays the character of a deaf individual in a film.

So thus there should be a diversity of actors and actresses in Hollywood. This has been termed as the diversity of Hollywood and there is an option going heated argument on it.

Scarlett Johansson and her recent comment on Hollywood and diversity

Actress Scarlett Johansson, 34 is not in favor of such role restrictions in Hollywood. She feels that an actor or actress should be free to choose the character she wants to play. Last year, Scarlett was going to play a transgender in a movie called Rub and Tug. But she backed out after she was slammed by those who felt that the role was only suited for a transgender. But she has again decided to air her views.

“You know, as an actor I should be allowed to play any person, or any tree, or any animal because that is my job and the requirements of my job.

“I feel like it’s a trend in my business and it needs to happen for various social reasons, yet there are times it does get uncomfortable when it affects the art because I feel art should be free of restrictions.

“I think society would be more connected if we just allowed others to have their own feelings and not expect everyone to feel the way we do.”

After her above statements in an interview given to As If magazine, Scarlett was heavily criticized for her comments on social media. One Twitter user said:

“Scarlett Johansson is a cisgender white woman with a powerful platform.

“Trans people should play trans people. Period. It is incredibly disappointing that she has learned nothing and clearly does not care about the experiences of trans people.”

“Yes, ScarJo, you should be able to play a tree. Because there aren’t countless sentient trees desiring to act yet struggling to get cast in roles. But there ARE ton of LGBTQIA l/nonbinary actors who have vocalized that they would love to represent those characters.”

Oscar winner Cate Blanchett and Bryan Cranston are against restrictions in art. But others such as British actress Jameela Jamil and Darren Criss are for diversity in Hollywood.

Scarlett Johansson is an American actress, model, and singer. She made her film debut in North (1994). Johansson garnered further acclaim and prominence with roles in The Horse Whisperer (1998) and Ghost World (2001). She shifted to adult roles with her performances in Girl with a Pearl Earring (2003) and Lost in Translation (2003), for which she won a BAFTA Award for Best Actress in a Leading Role.

Johansson is considered one of Hollywood’s modern sex symbol and has frequently appeared in published lists of the sexiest women in the world. More Bio…

Singer Ed Sheeran opens up about fame and how it has affected his mental health and relationship with wife Cherry Seaborn!
Tags : Actress Model Singer