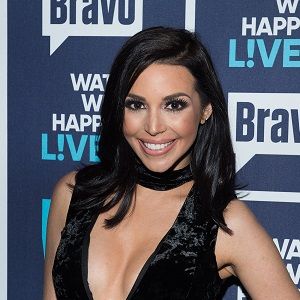 She is currently in a relationship with Robert Parks-Valletta. She began dating Robert in February 2017. They have been together for a few months now and they are very happy about their relationship.

Scheana Shay is no longer a married woman. She was previously married to Michael Shay. The couple got married on 27 July 2014. They were together for two years. The couple separated at the end of 2016 and they have filed for divorce. Their divorce was finalized in May 2017.

Before her marriage, she dated Eddie Cibrian, an actor while he was married to Brandi Glanville, although she was initially unaware of the marriage.

Who is Scheana Shay?

Scheana Shay is an American actress and model. She is best known for appearing on The Real Housewives of Beverly Hills in 2012. She currently has a role on the Bravo reality series Vanderpump Rules.

Scheana Shay was born as Scheana Marie Jancan on 7 May 1985, in West Covina, California, USA. Her nationality is American and she is of North American ethnicity.

Shay went to Azusa Pacific University for her education purpose. He specialized in Bachelor’s Degree in Broadcast Journalism from the Azusa University. She graduated with great honors from her high school and college.

Scheana began her career as an actress in 2007. She first appeared on TV as Jenny in the American comedy-drama television series, Greek (2007). In 2009, she appeared as Maria in the TV film Jonas. That same year, she made an appearance on the American reality television show The Hills.

Scheana Shay: Salary and Net Worth

She has been a successful model and actress in her career. Her salary and net worth have not been revealed yet to the media.

She is 5 feet 5 inches tall. Her body measurements are 35-24-36. She has dark brown hair color and her eyes color. Her weight, shoe size, and her dress size are unknown.