Scott Alan Smith is an American actor, director, and writer by profession. He is best known for his role Doyle in an episode of Repression of Star Trek: Voyager seventh season. 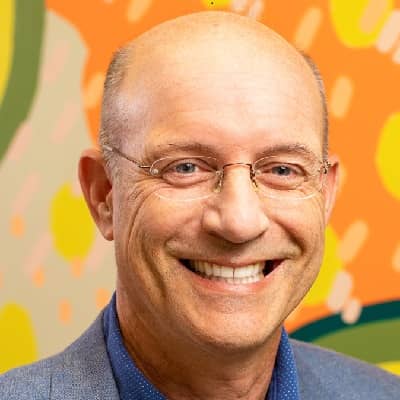 Scott Alan Smith is a happily married man. He gets married to Elizabeth Sampson. Elizabeth is also a director and writer by profession. She is a member of The Road Theatre Company in LA.

The couple tied the knot on the 29th of December 1990. However, he hasn’t yet disclosed his children’s identities in the media.

Who is Scott Alan Smith?

Scott Alan Smith is an American actor, director, and writer by profession. He is best known for his role Doyle in an episode of Repression of Star Trek: Voyager seventh season.

Scott was born on November 8, 1961, in New York, USA. At present, he is 59 years old and her sun sign is Scorpio. His nationality is American whereas his ethnicity is Caucasian.

The details regarding his parents, family members, early life, and academic history are under the curtains at the moment.

In 1992, Scott made his television appearances in the TV movie Running Mates along with Ed Begley Jr. He has also worked with Tim Ransom in the  1994 TV movie A Time to Heal. In the same year, he was cast in Amelia Earhart: The Final Flight.

Scott has been cast in the Primetime Emmy nominated television docudrama called Apollo 11 aired on The Family Channel. The series featured other celebrities like Stephanie Niznik, Matt Frewer, and Tim Kelleher. In 2003, he starred in the Tv movie Dc 9/11: Time of Crisis where he portrayed the role of Press Secretary Ari Fleischer. He appeared along with Penny Johnson, Lawrence Pressman, George Takei, and Stephen Macht.

Moreover, some of his notable film and tv movies are,

The actor keeps himself away from any sorts of rumors and controversy that could hamper his personal and professional life.

Scott might have accumulated a decent amount of wealth throughout his career. But he hasn’t disclosed his salary, yearly income, and other assets in the media.

The actor has an impressive height with average weight. However, his actual height, weight, and other body measurement are not available in the media. He has grey hair as well as grey pair of eyes.