Scott Baio is an Italian-American actor and television director. He is married and a father of one.

In 1983, Baio dated Heather Locklear. Similarly, he also had a brief relationship with Melissa Gilbert in 1984.

In 1989, Baio dated American Model Donya Fiorentino. Furthermore, he also had a relationship with Canadian Actress Pamela Anderson from April 1990 to August 1993.

He also dated Erika Eleniak in 1992. He dated American Actress Natalie Raitano in 1999. Jeanette Jonsson and Scott Baio were engaged for 2 years. They dated for 1 year after getting together in 2000. They were engaged on 18th Jul 2001 but later separated in 2004.

Currently, Baio is a married man. He and Renee Baio have been married for 13 years. They were dating for 2 years after getting together in October 2005 and were married on 14th September 2007.  On November 2, 2007, Renee gave birth to a baby girl, Bailey Deluca. 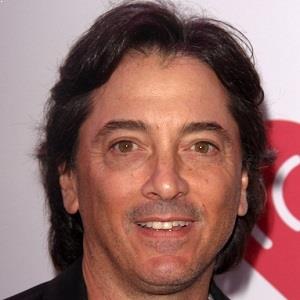 When I have a girlfriend, I feel caged in, I don't know why.

Don't ever take a shower with a woman, because you'll probably end up proposing to her.

One of my favorite things to do is play golf at Braemar Country Club. It's quiet and not overly crowded. The people are nice, and there's wildlife all around the course. As far as my game itself, I can go from a 10 handicap to a 30, depending on the day.

Life is too short no matter what party you are with.

I very rarely came across rude or disrespectful people. I don't know how I slipped by all of them, but I honestly can't think of one experience off the top of my head that was like that. I'm sure they're there, but I'd have to think really hard to recall them.

Who is Scott Baio?

Scott Baio is an Italian-American actor and television director. People know him for his role as Chachi Arcola on the sitcom ‘Happy Days and its spin-off Joanie ‘Loves Chachi’.

Additionally, he played the title character on the sitcom ‘Charles in Charge and, Dr. Jack Stewart in the medical-mystery-drama series ‘Diagnosis: Murder.

Baio was born in New York City, New York on September 22, 1960, to parents Italy Rose, a homemaker, and Mario Baio, who worked as his manager. He became interested in the world of show business in his early life.

His older brother and sister, Steven Baio (who is also an actor) and Stephanie Baio, are twins. He is of Italian-American nationality. Furthermore, he belongs to an Italian (Sicilian) ethnic background.

Talking about his education, Baio graduated from Xaverian High School.

Later, when he was 16 years old, he landed his most famous role as the tough little cousin of Henry Winkler’s Fonzie on the popular sitcom ‘Happy Days. Since then, he has appeared in numerous movies and television series and has more than 50 credits as an actor.

Some of his movies and television series of him are ‘See Dad Run’, ‘A Fairly Odd Summer, ‘Sam & Cat’, ‘Arrested Development, ‘Finish Line, ‘Superbabies: Baby Geniuses 2’, ‘Face Value’, ‘Italian Ties’, ‘Touched by an Angel’, ‘The Bread, My Sweet’, ‘Perry Mason: The Case of the Fatal Fashion, ‘Baby Talk’ among others.

Baio has five wins and six nominations to his name. He garnered the Daytime Emmy Awards nominations in 1985 and 1981. Additionally, he also garnered OFTA Television Award nomination in 2005. Furthermore, he won Festival Award in 2002 for ‘The Bread, My Sweet’.

Baio has not revealed his current salary. However, he has an estimated net worth of around $4 million as of 2022.

Baio became involved in a controversy after he received backlash from his recent comments about Erin Moran, his ‘Joanie Loves Chachi’ co-star who died.

Furthermore, he has been part of numerous controversies due to his support for President Trump. At present, there are no rumors concerning Baio and his career.

Additionally, he weighs around 74 kg. Furthermore, his hair color and eye color are dark brown.

Baio is fairly active on social media. He has several followers on social networking sites such as Twitter as well as Instagram. He has more than 644.2k followers on Twitter.

In addition, he has more than 1.89k followers on Instagram.