Scott Clifton is an American actor, musician, and video blogger. He is best known for General Hospital. He is married and has a child. 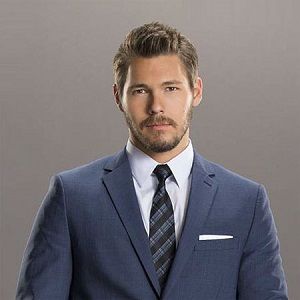 Even if the absence of evidence for a given god were not evidence of its absence, it would still be evidence that the belief in that god is unreasonable. That's the only proposition that any atheist of any kind has to demonstrate in order to win the argument. Because anything beyond that... is just having fun

In my opinion, if the human race is going to survive, [religion] is something we definitely need to get over - and we're far from over it, and so therefore, I'm far from over it

In my downtime, for fun, I engage in philosophical internet debates. Yeah, I'm that guy

I really do think that Breaking Bad is probably the greatest television show that's ever been made. Just in terms of, everything, it's flawless. I can't think of one flaw with Breaking Bad. Every other show, even shows that I really, really love, they're not perfect. Breaking Bad, to me, is a perfect show

I know that YouTube has made me smarter just by having to think about my views and how to defend them.

What is the relationship of Scott Clifton?

Scott Clifton is a married man. He got married to his longtime girlfriend named Nicole Sampson, and they wedded on the 20th of October, 2012.

On May 6, 2016, they gave birth to their first child and named her Ford Robert Clifton.

Who is Scott Clifton?

Scott Clifton is an American actor, musician, and video blogger. He is best known for playing Dillon Quartermaine on General Hospital (2003–2007), Schuyler Joplin on One Life to Live (2009–2010), and Liam Spencer in The Bold and the Beautiful (2010–present).

He is a three-time Daytime Emmy Award winner.

Scott Clifton was born in Los Angeles, California, in the United States on  October 31, 1984. His current age is 35. He is the son of Faye Snyder (father) and Ron Snyder (mother).

As a kid, he always had a thing for acting, singing, and performing and he grew up being a huge fan of pop music.

There is no information about her siblings. Scott holds American citizenship and mixed (Scottish, Russian, Ashkenazi Jewish) ethnicity. His birth sign is Scorpio. Furthermore, he is an atheist.

In which school did Scott Clifton attend?

He attended Valencia High School then, he attended Beverly Hills High School. He took his GED and by mid-11th grade, dropped out of his high school with a diploma.

Scott Clifton obtained an interest in acting at a very young age. Then, at the age of 16, he began his acting career in commercials and got his first professional acting job.

He also featured on such TV shows as Roswell (1999) and Judging Amy (1999). He also made his strong public appearance in 2003 when he auditioned for the soap opera General Hospital (1963). After that, he came back in daytime television in 2009 as the strange Schuyler Joplin on One Life to Live (1968).

He also played the role of Bob Barker as part of a special animal rescue storyline on The Bold And The Beautiful in the spring of 2014. Moreover, he is also a singer, guitarist, and songwriter. He also uploaded many songs to the internet.

He had uploaded several songs to the internet. Later, he compiled these songs among previously unpublished work on his first EP album, titled Untitled.

Later, he released a second EP titled Unbeautiful and two full-length albums titled So Much for the Nightlife (in 2006) and Mannequin. Both were produced by Jeff Pescetto. Furthermore, he released Girl Go Home.

How much is the net worth and salary of Scott Clifton?

According to some notable online sources of 2022, he has an estimated net worth of $4 million. However, there is no information about his annual salary. His main source of income is acting.

Clifton hasn’t been linked to any known controversy, rumors, and legal issues. He is far from rumors and controversies.

The handsome actor stands at the perfect height of 5 feet 11 inches. Additionally, he weighs is 70 Kg. In addition, his chest, waist, and biceps sizes are 40- 31- 15 inches respectively.

His hair color is brown and his eye color is dark brown.