Skip to content
Married Biography
Married Biography / Entertainment / Scott Eastwood making His own way to the Industry Despite having famous Father! His Dad, Clint, Made Him 'Work for Everything': He 'Never Gave Me a Cent' 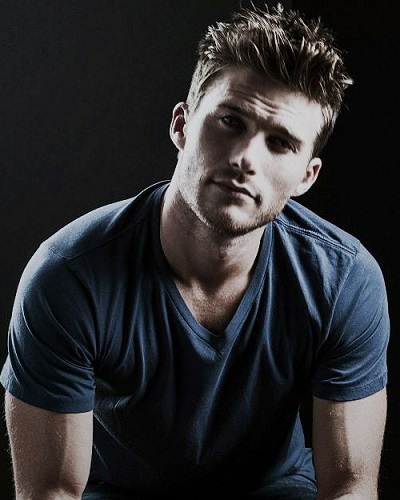 Scott Eastwood is finding his way to the top despite being the son of the most famous actor-director Clint Eastwood.

He reveals his hard work and he wants to tell the world that it’s not always easy being the son of an iconic actor while trying to make it in Hollywood.

Scott Eastwood about his Career

“I came [to Hollywood] to try and do something, and nobody took me seriously, Everyone brushed me off, like, ‘You’re Clint Eastwood’s son, you’re not a real f–king actor.’ Some people are still like that. I never thought I would last in this business, but it finally seems to be working out,”

“My dad never gave me a cent, He made me work for everything. Man, he was hard on me, but it hardened me and gave me drive.”

Asked this nice lady if I could borrow little Sunny for this photo.

Beach run ✔ ocean swim here we go!! Come on people. Get out there and do something active. In the end all we have is our health. Do one thing today that betters you. #startswithone

“To be honest, sometimes I still feel like the uncool kid in Hollywood, who they don’t take seriously, It’s a constant battle. But I like to be in the fight. If Scott Eastwood ain’t even on their radar, that’s fine. Let’s audition.”

Scott did admit however that it was the 86-year-old dad who inspired him to pursue acting. And when asked if Clint would ever consider a father-and-son project, son Scott revealed it was a possibility.

“I’ve been slipping my dad scripts; the problem is, he’s told just about every story, so you have to find something new. But he’s excited,”

You may like to read It’s Gonna Be Hot Here!! Here Is The List Of The Hottest Handsome Hunks Of Hollywood; Charlie Hunnam, Zac Efron, Ryan Reynolds, And Many More Comes To The List

“I think we see the world in the same way, probably because that’s how he taught me to see it,” said Scott. “It’s straightforward. Have integrity. When you say you’re going to do something, be there. Don’t [screw] people over. Do the right thing. Be a man. And don’t be such a whiny little brat! He thinks there are a lot of those out there. He was born during the Great Depression, so there was no room for that; his dad struggled to feed the family when he was a kid, and that’s always stayed with him.”

Scott also revealed that his father reminds his son constantly about his roots.

“[And] he’s really put that onto me. ‘You’re lucky to be where you are, and don’t forget that.’ He made me work really hard to get where I am. There are no handouts in our family, contrary to what anyone may or may not think.”

But Scott also disclosed that it wasn’t just his father who inspired him over the years.

“People laser in on my dad, but I do have a mom too, She’s an incredibly gracious woman. She preaches honesty and pushes me all the time to be a better version of myself, to grow to be a nicer person, to be more compassionate. And I really value that.”

Also read Mistress of Ashton Kutcher! Interesting Facts You Did Not Know About Sara Leal

He shares Kimber with Roxanne Tunis; Kyle and Alison with Maggie Johnson; Scott and Kathryn with Jacelyn Reeves; Francesca with Frances Fisher; and Morgan with Dina Eastwood.

Another controversy of Sofia Hayat hits the headlines; Claims She Was Molested In Mecca through a video in Instagram
Tags : American Actor Model