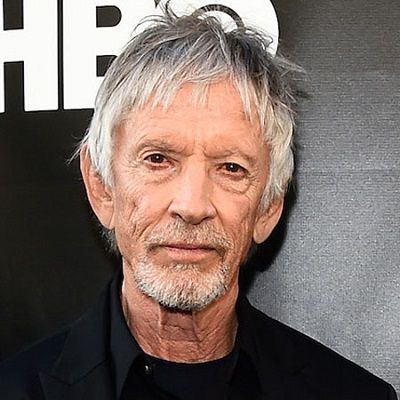 Essentially what actors do is put colors on a palette for directors to paint with.

There are many different reasons why people take parts. For me, there are basically two: one is economic -- you have to keep working, pay the rent

that's a given. The other one, for me, usually has nothing to do with the overall film - whether the script is good, whom I'm working with, whether it's going to get good reviews -- it's just the part, the character. Is this somebody whose shoes I want to live in for four months? If I don't instinctively answer 'yes' to that question, I shouldn't be doing the movie.

What is the relationship of Scott Glenn?

Scott Glenn married Carol Schwartz who is a ceramist on September 10, 1968. This couple has two children namely, Dakota Ann Glenn, a writer, and Rio Elizabeth Glenn, an actress.

Who is Scott Glenn?

Scott Glenn is an actor. Similarly, he is well known for his roles in the films ‘Urban Cowboy’, ‘Silverado’, ‘The Right Stuff, ‘The Hunt for Red October’ and ‘The Bourne Ultimatum’.

He is also known for appearing as Kevin Garvey, Sr. in the supernatural drama series ‘The Leftovers’ and as Stick in both the web television series ‘Daredevil’ and ‘The Defenders’.

Scott was born on 26th January 1941 in Pittsburgh, Pennsylvania, in the United States. His father’s name is Theodore Glenn and his mother’s name is Elizabeth Glenn.

During his childhood, he was regularly ill, and for a year was bedridden, including having scarlet fever.

Talking about Scott’s education history, he attended Pittsburgh high school, Glenn entered The College of William and Mary where he majored in English.

Talking about his profession, Scott Glenn’s early television projects included the 1960s’ ‘The Patty Duke Show’ and ‘Hawk’. He made his film debut in 1970 when he appeared as Tad Jacks in the drama film ‘The Baby Maker’. He played the role of Captain Richard M. Colby in ‘Apocalypse Now.

Additionally, a year later, the actor starred as Wes Hightower in the romantic-drama film ‘Urban Cowboy’. In the early 1980s, he made appearances in the movies ‘The Challenge’, ‘The Right Stuff’ and ‘The Keep’. In the year 1984, Glenn featured Michael Boyle in the made-for-television film ‘Countdown to Looking Glass’ that depicted a fictional confrontation between the Soviet Union and the United States over the Strait of Hormuz.

That year, Scott Glenn also starred alongside Mel Gibson and Sissy Spacek in Mark Rydell’s ‘The River’.  During the 1990s, Glenn earned further success with his performances in the blockbuster movies ‘The Hunt for Red October’, ‘The Silence of the Lambs’, ‘Backdraft’, and ‘The Player’.

After 1995, he took more challenging film roles in ‘Reckless’ and in the tragicomedy ‘Edie & Pen’. He ended the decade with his performances in the war film ‘Courage under Fire’ and the political thriller ‘Absolute Power’. Glenn began the new decade with a supporting role in the thriller ‘Training Day’. He then appeared in two episodes of ‘American Experience’ in 2003.

From 2014 to 2017, the action played Kevin Garvey, Sr. in the supernatural drama ‘The Leftovers’. During this time period, he also starred as Stick in the drama series ‘Marvel’s Daredevil’ and ‘The Defenders’. In 2017, Glenn joined the cast of the horror anthology web TV series ‘Castle Rock’ as Alan Pangborn.

He was nominated for Best Guest Performance in a Television Series for Daredevil (2015) at Saturn Award. But, he has not yet won any of the awards.

He has an estimated net worth of around $145 million (as per 2020 data) and he has earned that sum of money from his professional career.

There was a rumor about Scott being a father. Another rumor was about his death. Currently, he is far from rumors and controversies.

Scott Glenn has a height of 6 feet. Additionally, he weighs 72 kg. His hair color is light and his eye color is brown.

Also, read the affair, salary, net worth, controversy, and the bio of Wes Brown, Kristoffer Cusick, and Daniel Henney.

Hawaii to Pass a Law Committing to the Paris Climate Accord, Becomes the First State TO Do So