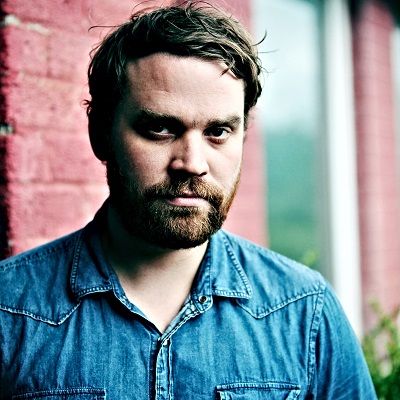 Actually, my experience over the past couple of years hasn't necessarily been something that would be interesting, where it committed to record

I think people who traditionally ate haggis wouldn't eat the good cuts, 'cause they'd sell the good cuts to make their money, so they get left with all the crap

I like albums that knit together, where the songs relate to one another and intertwine

Most traditional Scottish food is designed to use things that are just about to go...off.

In 2008, Scott Hutchison was in a relationship with a high school and college girlfriend named Shell Jubin. His critical breakthrough album The Midnight Organ Fight was heavily influenced by the collapse of his relationship with her.

The album felt deeply personal to the audience as well as Hutchison himself, which was later released to have gotten widespread critical acclaims and increased the band’s exposure prominently.

Who was Scott Hutchison?

The talented Scottish singer made his critical breakthrough in 2008 with Midnight Organ Fight. With his band, Scott recorded about five studio albums.

Hutchison disappeared on 9 May 2018, later confirmed with his tragic death on the banks of the Firth of Forth.

Hutchison, 36 was reported missing by the members of Frightened Rabbit on 9 May 2018. Prior to his disappearance, he had tweeted “Be so good to everyone you love. It’s not a given. I’m so annoyed that it’s not. I didn’t live by that standard and it kills me. Please, hug your loved ones”, followed by “I’m away now. Thanks.”

Police announced that they discovered a body at 8:30 p.m. in the Port Edgar. And, on 11 May 2018, they confirmed it as the musician’s body. However, they did not disclose any immediate cause of death was.

The indie-rock singer’s age was only 36 years old when he passed away, was born on 20 November 1981 at Selkirk, Scotland. His nationality is Scottish. His ethnicity remains unknown.

Marion Hutchison and Ron Hutchison, Scott’s parents described him to have been a very shy child when growing up. He grew up in the Scottish Borders town of Selkirk with his only brother Grant. Moreover, he has two siblings, Grant, and Neil Hutchison. His brother, Grant was also a member of his band with him.

He later moved to the city of Glasgow where he studied illustration at the Glasgow School of Art. The Scottish singer/songwriter initially considered himself solely a guitarist until he began singing at the age of nineteen.

Many great artists like Ryan Adams, Wilco, and Laura Cantrellas were Scott’s inspiration. He had heavy influences on them in his musical works.

Before Hotchison’s participation in the indie rock band, he had moved to the city of Glasgow where he studied Illustration at the Glasgow School of Art for four years.

The Scottish Indie rock band began performing in 2003 under the name Frightened Rabbit. His mother gave him the name describing Hutchison’s shy nature when he was young. Along with his brother, the band debut with the album Sings the Greys in 2006.

After signing with a new label and joined by guitarist Billy Kennedy, The band made their breakthrough with their album, The Midnight Organ Fight which garnered many critical acclaims and gave the band significant exposure. In 2014 Hutchison formed owl john, a solo musical project. This solo album also received many praises and critical acclaims from the audiences.

Painting of a Panic Attack, the fifth full album recorded by Scott Hutchison with his band, appealed the group as more polished. Many people credited and praised Hutchison’s Artwork. His artwork in Oyster, If & When we wake and Please plant this book is still praised by many people.

On August 4, Hutchison released a solo album with bandmate Andy Monaghan and producer Simon Liddell self-titled Isle of Mull which debuted at number ninety-nine on the UK Albums Chart.

Apart from his music works Hutchison is also credited for most of his artworks in Oyster, If& When we wake and Please Plant This Book.

Scott Hutchison throughout his professional career had accumulated a net worth of about $1 million earned all from his music career and as a member of Frightened Rabbit.

However, there is no information about what his annual salary used to be. His primary source of income was his band.

The front end musician of Frightened Rabbit went missing on late Tuesday night in South Queensferry outside Edinburgh, Scotland after tweeting some worrying message. The news of Hutchison’s dead body at banks of the Firth of Forth took fans and audiences by a heavy shock.

The public mourned for the loss of a young talented artist who had inspired and captured many people with his music. People still remember Hutchison for his captivating songs and writings.

The late musician had brown hair as well as brown eyes however regarding his height, weight, and body size, there isn’t any information that can be found from the online source.

Scott had his twitter account where he was quite active. His account is still available even after his demise and has a fan following of 25k currently.

Pop star Pink suffered a gastric viral infection and was forced to postpone her concert in Sydney! Her fans are upset and angry!