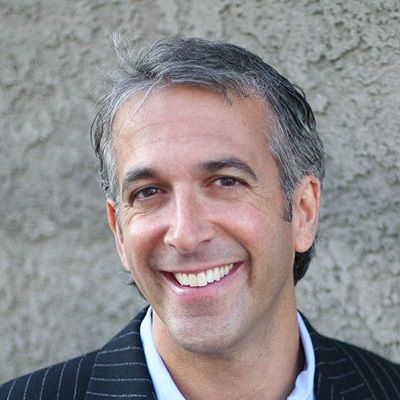 Scott’s relationship status is married to Andrea Sabesin since 2009. Andrea is an American actress.

Who is Scott Mantz?

Scott Mantz is an American film critic. He is also a writer, and producer. In addition, Mantz is the co-founder and President of the Los Angeles Online Film Critics Society.

Mantz is also a longtime member of both the Producers Guild of America and The Broadcast Film Critics Association.

His parents are Larry Mantz and Arlene Mantz.

In 1998, Mantz contributed to the Sci-Fi channel’s Sci-Fi Entertainment program as its on-air host.

Mantz has also served as a longtime member of both the Producers Guild of America and the Broadcast Film Critics Association. During this podcast, Scott reveals how he became a film critic. He discusses his passion for movies and his thoughts on the current state of the movie industry, and he also gives listeners a few reviews of films playing in theaters.

In 2017 and 2018, Mantz hosted the Official Golden Globes Red Carpet Preshow for the Hollywood Foreign Press Association, and he moderated highly-viewed Facebook Live press events for blockbusters like Incredibles 2, Spider-Man: Homecoming, Beauty and the Beast and Blade Runner 2049.

He is an American film critic, writer, and producer who has an estimated net worth of $ 2 million USD.

He has around 12k followers on Instagram and 35.2k followers on Twitter. He has his own movie page on AccessHollywood.com, where the show highlights his latest in-depth reviews, blogs and weekly box office reports.

You may also like to read about Keith Leak Jr., Werner Herzog Stipetić, Cynthia Sikes.