Scott Patterson is an American actor and musician. Scott is married and the father of one.

Scott Patterson is a married man. He is married to Kristine Narayan.

Narayan is an American actress best known for her appearance in Gilmore Girls. The couple met in 2001 and married also in 2001.

However, their marriage had been kept a secret. They still have not admitted openly their marriage. They have a son from their relationship. Their son, Nick was born in July 2014. He announced his birth through social media.

Previously, he was married to Vera Davich, his secondary school girlfriend. The couple married in 1983. However, they got divorced two years later, in 1985 for unknown reasons. 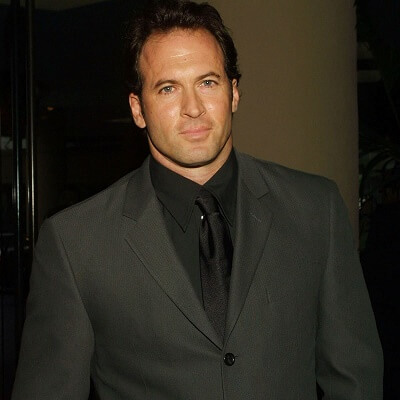 I think L.A.'s terrific. You fly an hour and a half and you're in the mountains in three feet of powder. I also think it's a much better city if you're working as an actor. If you're not working and you don't see your dreams coming true, there can be a lot of heartache.

My accountant worships me because I'm so cautious with my money.

Passion is the thing that sustains you in acting. If you're doing it for fame and money, don't even bother because it will never happen. The last thing I ever expected was to be paid for this.

Who is Scott Patterson?

Scott Patterson is an American actor and musician.

He is best known for his role in Gilmore Girls as Luke Danes and as Special Agent Peter Strahm in the Saw franchise.

Moreover, in the 1980s, he was a minor league baseball pitcher.

Scott Patterson is 62 years old. He was born on September 11, 1958, in Philadelphia, Pennsylvania. As of 2022, his age is  63. He was born as the son of Francis Ford Patterson IV(father) and Hope Gordon(mother).

His father was an advertising executive. Hope was a homemaker, journalist, and actress. His parents got divorced when Scott was in his teenage years. He has three sisters, Abigail, Barbara, and Judy. Patterson spent his childhood days in Haddonfield, New Jersey.

He formed his first band, The Unknowns when he was in the third grade with his friend, Tommy Poitras. The Unknowns played two songs, ‘Back in the U.S.S.R.’ and ‘(I’m Not Your) Steppin’ Stone’.

The band was active throughout grade school and high school but disbanded after they graduated from high school.

His ethnicity is Scottish-Irish.

Talking about his education, he attended Haddonfield Memorial High School. After graduating from high school, he joined Rutgers University where he obtained a degree in Comparative Literature.

He then studied acting in New York with renowned acting coaches Robert Lewis and Sondra Lee.

Scott Patterson has an estimated net worth of around $15 million.

According to some online sources, he has an annual salary of around $2.6 Million.

After studying acting with renowned coaches like Robert Lewis and Sondra Lee in New York, he appeared in countless productions. In 1988, he founded ArcLight, a theater company in Soho, NYC.

In 1993, he portrayed the lead role in Castle Rock’s ‘Little Big League’ with Sela Ward. The producers gave him the role of Mike McGreevey.

His most memorable role came on television. He portrayed Luke Danes for seven years in the TV show, Gilmore Girls. His character is the on-again, off-again affair of the protagonist of the show, Lorelai Gilmore.

Other than ‘Gilmore Girls’, he has also appeared on other famous TV series including ‘Will & Grace’, ‘Seinfeld‘, ‘It’s Like, You Know’ and ‘Fired Up’. Moreover, he has also starred in ‘Get Real’ and ‘Arli$$’.

Furthermore, he has voiced the character of Lieutenant Farraday in the 2004 animated series ‘Justice League Unlimited’.

Scott has not been involved in any kind of controversies. He is a well-respected actor and is very focused on his work.

He has not done anything to harm his reputation and image. Similarly, there are no rumors surrounding him.

Patterson stands at a height of around 6 feet. In addition to this, he weighs around 89 kg. He has brown hair and brown eyes.

You may also like to read the Bio, Career, Body Measurements, Net Worth, Social Media, Relationships, and more about John Goodman, Matt Cornett, Jeff Garlin, and more.