Skip to content
Married Biography
Married Biography / Entertainment / Scott Porter and His wife Kelsey Mayfield are expecting second child together after their marriage, pregnant during Easter 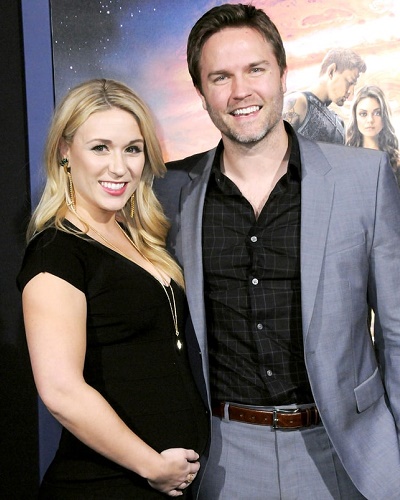 Kelsey Mayfield and Scott Porter are the parents of the newborn baby again. They have a first baby boy named McCoy Lee Porter who was born on 23 May 2015. And now in April 2017, they had their second baby and their first child is going to be big bro from the big boy. Their second baby is a girl.

The couple shared the news on their social media with the caption,

Their daughter’s first day of Pre-School was on 13th October 2020.

Scott shared the Pics on Easter time with his pregnant wife

The couple’s Easter present was a very precious one as it has completed their family. Scott shared a picture of their family on social media handle with the caption,

“Happy Easter from our growing family.”

Happy Easter from our growing family.

The relationship between Scott and Kelsey

The actors Scott and Kelsey met for the first time in the year 2008 in Texas. She was a cheerleader at the University of Texas at Austin. The couple tied the knot on April 20, 2013. Their guests included Porter’s former costars Taylor Kitsch and Gaius Charles.

You may like to read Jane Boone! Know about career, relationship, married life, husband, and children of this wife of Scott Pelley!

About their first child

The couple gave birth to their first child in and named him, McCoy. Porter shared a picture of their baby on his social media handle with the caption,

Porter tweeted the experience while handling his first baby somehow in this way:

“Porter tweeted the experience to his fans. I am astounded by her fight. A long road to go, no meds at all. Prayers for strength.”

Took the bubs to the Farmers Market when Mama wasn’t feeling good. #BigBoyMcCoy was so happy to bring her home some flowers. Sweetest kid ever. And he’s got that #SundayStyle in spades.

Also read Guardians of the Galaxy: The Telltale Series’ actor Scott Porter! Know about his In and Out!

Scott Porter is an American actor. He came into the limelight as Jason Street in the NBC television drama Friday Night Lights. In addition, his notable roles include George Tucker in The CW comedy-drama series Hart of Dixie, Bandslam, Dear John, The Good Guy, and a few more. More bio…