Scott Rosenberg is an American screenwriter, film producer, and actor. He is possibly single. 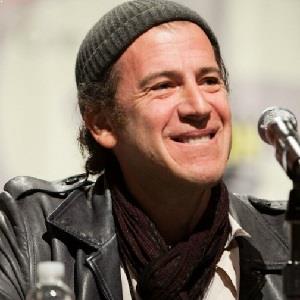 Scott Rosenberg has successfully kept most of the information regarding his personal life a secret from the rest of the world.

He has two children from his previous relationship. Judging by his Instagram and Twitter posts, he was previously in a relationship with his girlfriend.

However, at present, he is single.

Who is Scott Rosenberg?

Scott Rosenberg is an American actor, screenwriter, and film producer. People know him as a producer and writer for movies like ‘Beautiful Girls’, ‘Con Air’ and ‘Gone in Sixty Seconds’.

Rosenberg was born in Needham on April 24, 1963. Most of the information relating to his father, mother, and childhood is not available at present.

He is of American nationality. Furthermore, he has not revealed information regarding his ethnic background at present.

Talking about his education, Rosenberg completed high school in 1981. Later, he attended Boston University, from which he received his Bachelor’s Degree in 1985. Furthermore, he earned his MFA from UCLA.

Rosenberg initially worked as a writer for ‘Air Time’ in 1992. From 1993 to 1997, he worked for movies and television series like ‘Tales from the Crypt’, ‘Things to Do in Denver When You’re Dead’, ‘Beautiful Girls’, ‘Con Air’. All in all, he has over 15 credits as a writer.

Some other movies and television series that Rosenberg has worked on as a writer include ‘Jumanji: Welcome to the Jungle’, ‘Zoo’, ‘Salamander’, ‘Happy Town’, ‘Life on Mars’, ‘October Road’, ‘Kangaroo Jack’, ‘Highway’, ‘Going to California’, ‘Gone in Sixty Seconds’ and ‘High Fidelity’ among others. Additionally, he also has 18 credits as a producer and 8 credits as an actor as of now.

Rosenberg garnered the BAFTA Film Award nomination in 2001 for ‘High Fidelity’. Furthermore, he has also garnered the DVD Premiere Award, USC Scripter Award, and WGA Award (TV) nominations. Additionally, he has also won the CEC Award for Best Screenplay in 2001.

Rosenberg has not revealed his current salary. However, he has an estimated net worth of around $ 1 million at present.

Rosenberg became part of a controversy after he made a comment regarding the Harvey Weinstein scandal. He stated that everybody knew about the sexual misconduct of Harvey yet no one spoke about the matter.

In addition, he also added that he was sorry that he himself remained silent. At present, there are no rumors concerning his life and career.

There are no details regarding Rosenberg’s height and weight at present. His hair color is dark brown and eye color is black.

Scott Rosenberg is active over social media. He has a number of followers on social networking sites such as Twitter and Instagram.

Ina Garten reveals on Why she and Husband Jeffrey didn’t have any Children: ‘It Was a Choice I Made Very Early’!!