Scott Storch’s relationship status at present is married. He exchanged vows with Christina Gray on 07 June 2011.

But their wedding details are unknown. Scott has a child from his previous affair with Dalene “Daedreams” Daniel. Their son Jalen Scott Storch was born in 2006.

Also, he is blessed with another son Steve Storch Bellido born in 1991. 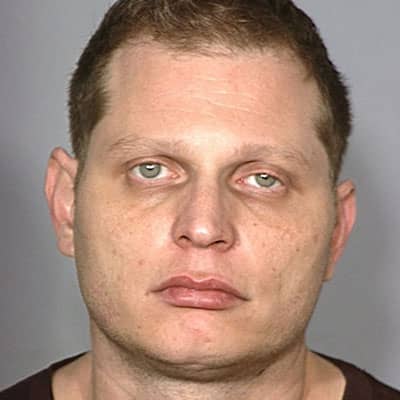 Who is Scott Storch?

Scott Storch is an American record producer as well as a songwriter. Scott has won Grammy Awards eight times as per his Instagram bio.

He was once a part of the American hip-hop band The Roots.

However, his per-year salary is not yet revealed.

Use of his Money

In the year 2006, he spent his money on partying with friends in his $10 million worth of mansions.

Further, he bought items like a private jet, a yacht, and around 20 expensive cars. He spent almost 30 million of his finance by 2007.

This producer is keeping himself away from scandals as well as rumors. But he was once addicted to Cocaine in 2006 and has spent most of his money while being addicted.

Due to this, he was accused of not paying property tax in 2008 along with not giving money for child support. He was arrested for his having drugs in Feb 2012 and was filed for bankruptcy in June 2015.

His birthdate is on 16 Dec 1973 and he was born in Long Island, New York, the United States as Scott Spencer Storch. The name of his mother was Joyce Yolanda Storch and his father’s identity was Phil Storch.

His mom was a singer while his dad worked as a court reporter.

Further, Scott’s ancestry is Lithuanian-Jewish, and as per his academics, he passed out from Nova High School.

Scott Storch from 1993 started his work journey and is still present. He was with the band The Roots as a keyboardist from 1991 till 1996. As a producer, he put his money on Out of control (Video short), Lil’ Kim: Lighters Up (Music Video), and 50 Cent Feat. Olivia: Candy Shop (Music Video).

Scott Storch’s height is 5 ft 6 inches and his body weight is average. Adding more, he has dark brown hair and has eyes in grey color.

Scott is officially present on social sites such as Instagram and Twitter with over 1.6m and 2.4k followers respectively. Also, he has over 3.2k fans on Facebook.

But he is keeping himself away from YouTube and TikTok.