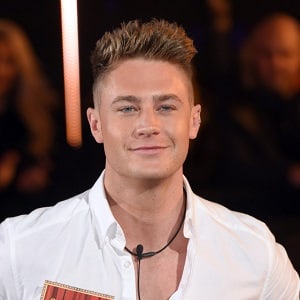 Who is Scott Timlin?

Scott Timlin is a British reality TV personality. People recognize him for his appearance in the MTV reality series, ‘Geordie Shore’. Additionally, he also appeared in the fourth series of ‘Ex on the Beach’.

Timlin was born as Scott Robert Timlin in Newcastle upon Tyne on April 26, 1988. He is the son of Gill Baxter. Additionally, he always wanted to become an actor since his childhood years. He is of British nationality. Furthermore, there are no details available about his ethnicity at present.

Talking about his education, Timlin attended Newcastle University where he studied Marine Engineering for two years.

Furthermore, Timlin has also appeared in ‘The Saturday Show’, ‘Ex on the Beach’, ‘When Celebrity Goes Horribly Wrong’, ‘Just Tattoo of Us’, and ‘Neighbours’. In addition, he was announced as the face of boohooMAN.com in March 2016.

Timlin has not revealed his current salary. However, he has an estimated net worth of £600,000.

Timlin became part of a controversy after he was sacked from ‘Geordie Shore’ after his excessive drinking led to erratic behavior. Additionally, he made headlines after it was made public that Charlotte Crosby gave him a tattoo of her ex’s face on the show ‘Just Tattoo of Us’. At present, there are no rumors concerning Timlin and his career.

Talking about his body measurement, Timlin has a height of 6 feet 3½ inches (1.92 m). Additionally, he weighs around 80 kg. Furthermore, his hair color is dark brown and his eye color is blue.