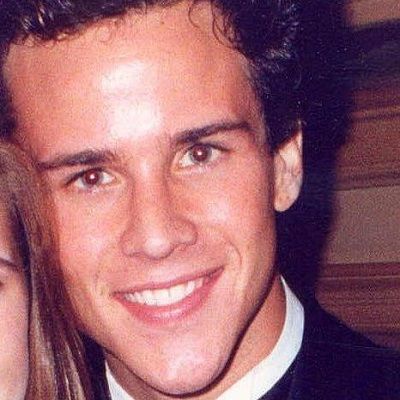 Scott Weinger is married to television writer and producer Rina Mimoun. Together this couple has a son Mischa.

Who is Scott Weinger?

Scott Weinger is an American actor, voice artist, writer and producer. He is popular for voice dubbing in Disney’s Aladdin.

Scott graduated from Harvard University with degree in English and French literature. His birth name is Scott Eric Weinger.

Scott appeared first time on TV on a national commercial for Ideal Toys, His first acting role was in ‘ Police Academy 5: Assignment Miami Beach’. Weinger acted on situation comedy ‘ The Family Man’ on CBS. From 1991-1995, he was in a regular role in series ‘ Full House’.

During this time, he made his motion picture picture debut as the voice of title character in Disney’s 1992 animation ‘Aladdin‘. He starred on several small roles in television programs for few years.

He had guest apparance on the NBC’s scrubs for season 6 episode ‘My Coffee’. Weinger reprised his role on the Full House spin-off series, Fuller House in 2016.

In Walt Disney pictures animated feature film, he was cast as Aladdin, The Street Urchin. His voice was used in several video games including ‘Disney’s Infinite’ series, ‘Kinect Disney and  Adventures’ and ‘Kingdom Heart’ series.

He has written and produced for several T.V. shows including ‘What I Like About You’ and ‘Privileged’. His first writing credit was on the WB television show ‘Like Family’.

The average salary of this Actor is pretty impressive. Meanwhile, According to some sources his estimated net worth in 2020 is $6 million.

There are no rumors and controversy about Scott. He is doing well in his career.

Scott is 5 feet 9 inches tall and weighs 77 kg. He has dark brown hair and green eyes.