American actor and dancer, Scottie Thompson has a free spirit nature. She has appeared on CBS show. Scottie loves to engage herself to explore exotic places. 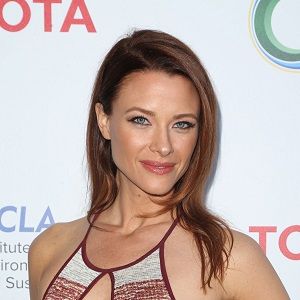 there's just the right thing for you.

I sit in an infrared sauna everyday and microwave myself. It's really detoxifying.

I try and get out there and audition as much as possible.

There isn’t any solid proof that leads towards her married life and children. Being so beautiful, there is no doubt that she hasn’t been to any relationship in the past but there isn’t any record of it.

Who is Scottie Thompson?

Bold and beautiful Scottie Thompson is an American actor as well as a dancer.  She is best known as an actor who showed her acting skill in CBS show ‘NCIS’ as Jeanne Benoit, in ‘Trauma’ as Diana Van Dine, in ‘Skyline’ as Elaine and in ‘The Funhouse Massacre’ as Sheriff Kate.

Born as Susan Scott Thompson in Richmond, Virginia, USA on 9 November 1981. She is of American nationality and has English ethnicity.

Her father’s name is Joseph Thompson and her mother’s name is unknown. Thompson has three siblings and she can speak French fluently. She has a sister, Peyton and a younger brother, Justin.

She studied at Collegiate School in Richmond.

Since childhood, she was very much interested in dancing and has learned ballet, jazz, and modern dance. For many years she danced with the Richmond Ballet and after graduation took a year off to join the company.

Later she joined Harvard University to earn a degree in Performance Studies and Literature.

Scottie Thompson began her career journey as soon as after her graduation in 2006. Before acting career, she was a dancer which helped her get to know many personalities that held her in the entertainment field.

While she was a dance, she did perform acting in theater productions. Thompson danced professionally with the Richmond Ballet. She debuted from the television series in ‘Brotherhood’ as Shannon McCarthy.

Then she started to appear in the numerous series in short roles. Then she got a recurring role in CBS show NCIS portraying the character of Jeanne Benoit in 2009. Her career took on a successful path afterward.

Thompson even started to appear in the hit movie including ‘Star Trek’ in 2009 as Nero’s wife, ‘Skyline’ as Elaine, and ‘The Funhouse Massacre’ as Sheriff Kate.

Besides acting, Thompson has even appeared on the music video for the song ‘What do you get’ by Bon Jovi. She has spread her wings equally at ease in the world of acting as well as dancing.

Her net worth varies depending on the source so for now, we can say that her net worth has grown significantly and living a luxurious lifestyle.

So as per some sources, her net worth is estimated at $1 million.