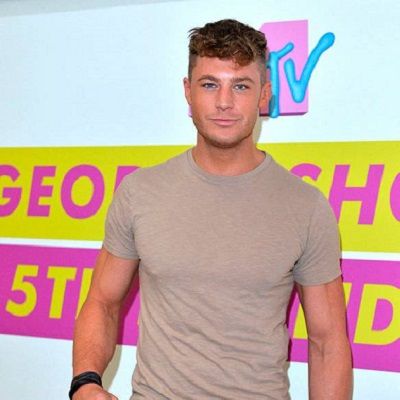 The current relationship status of Scotty T is single.

He was in a relationship with Chloe Elizabeth Wilson previously. Chloe is a makeup artist and Instagram influencer.

Around January 2019, he made his relationship with Chloe public. But their split news started coming out by February 2019.

He has also dated Marnie Simpson, Holly Hagan, and Charlotte Crosby. He was also linked to model Sam Fiers for a short while.

Who is Scotty T?

Scotty T is a British reality TV personality. Scotty is the winner of the seventeenth series of Celebrity Big Brother.

From 2012 till the present time, he is in the Series Geordie Shore.

Scott Timlin was born on 26th April 1988 in Newcastle Upon Tyne, England. He was born to father Mr. Timlin and mother Gill Baxter.

Similarly, his parents divorced when he was 14 years old. His maternal grandfather Richard took him to play golf.

Scotty studied to become a scientist before Geordie Shore. When he was at school, he got A* grades in maths and physics at A-Level.

He dropped out of school after being scouted by Geordie Shore.

When he was in Newcastle, he used to run club nights to make some extra cash. He was spotted during a night out and he was cast in the reality TV series Geordie Shore.

He is in the show from 2012. Likewise, he appeared in other reality show Celebrity Big Brother in the year 2016, which he became the winner.

After that, in the year 2018, he was on the reality TV show Just Tattoo of Us. Heis the face of boohooman.com and he has signed a contract with them.

In 2018, his company was declared bankrupt after five years in operation with Companies House records. According to DailyMail.co.uk, he owed a total of £147,000 to the taxman along with another £1,000 to an accountant.

After he lost his close family and friends, he started talking cocaine every day. He was unable to handle the fame due to which he took booze and drugs during night outs.

He took help from a rehabilitation center in Scotland. But after the death of his stepfather and three close friends, he started using it again.

He was fired from MTV after pictures of him snorting a line of cocaine emerged. Even after getting fired, he admits that he still uses drugs.

Scott has brown hair and blue eyes. He is 6 feet 3 inches tall and weighs around 82 kg.

You may also read the age, parents, career, net worth, body measurements and social media of Alexis Skyy, Kieran Hayler, and Kirk Norcross