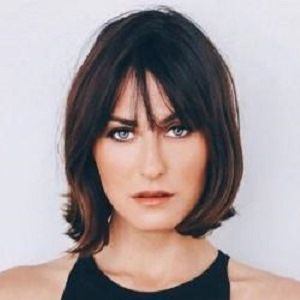 I love just being passionate about something rather than just caring about the money or whos in the movie.

Scout Taylor-Compton is currently single. Even if she is dating anyone, there is no information about her love life. She was in a relationship with musician Andy Biersack from the rock band ‘Black Veil Brides’ for 6 years, but they eventually broke up.

Who is Scout Taylor-Compton?

Scout is a famous American actress and singer, she is best known for her portrayal of the character ‘Laurie Strode’ in the 2007 horror movie ‘Halloween’ and its 2009 sequel. Taylor-Compton has acted in small roles in numerous TV series and feature films, ranging from dramas to horror flicks. She has also been a popular face in TV commercials and a voice-over artist.

Scout Taylor-Compton was born in Long Beach, California, the United States on February 21, 1989. Her birth name is Desariee Starr Compton and she is currently 30 years old. There is no information about her family and her childhood. Whereas, in tenth grade, young Taylor-Compton wanted to be a competitive swimmer.

She had plans to participate in the ‘AAU Junior Olympics’ before she made her debut in the world of cinema. Taylor-Compton stepped into her acting career at the age of 9. She made her film debut with ‘A.W.O.L’ (1998), in which she co-starred with David Morse. Thereafter, she starred in numerous feature films and commercials.

There is no information about her siblings. Scout holds American citizenship and mixed (English- Irish- Mexican) ethnicity. Her birth sign is Pisces.

Talking about Scout’s education history, there is no information about her educational achievements.

Talking about her profession, between 1998 and 2001, Taylor-Compton was seen in TV shows such as ‘Ally McBeal,’ ‘Frasier,’ ‘The Guardian,’ ‘The Division,’ and ‘Gilmore Girls.’ During this time she also worked in commercials for ‘Fuji Film’ and ‘Disney Cruise Line.’

Toward the beginning of her career, Taylor-Compton briefly acted in stage productions. Starting with an eponymous character in ‘Annie Warbucks’ at ‘The Grove Theatre,’ she later also performed in a production of ‘Footloose’ at the ‘Simi Valley Cultural Arts Center.’

In the year 2001, she sang the theme song ‘Jet Set’ for the movie ‘Chicken Night.’ She also made fleeting appearances in the music video for the song ’Black Suits Comin’ in ‘Men in Black II’ and in a music video by ‘Born the Sky’ called ‘Sweet Valentine.’

Between 2004 and 2007, Taylor-Compton starred in several movies and TV series. During this phase, her rendezvous with “horror” as a genre began. Though her first huge project in 2004 was the teen comedy ‘Sleepover,’ in the coming years, it was followed by ‘Wicked Little Things,’ ‘An American Crime,’ and the famous remake of the 1978 horror movie ‘Halloween.’

Taylor-Compton continued to work in horror movies. Two of her notably successful ventures are ‘April Fool’s Day’ (2008) and ‘Life Blood’ (2009), though she only made a cameo in the latter. Curious to experiment with other genres, Taylor-Compton worked in the American dramas ‘Love Ranch’ and ‘The Runaways’ in 2010. More recently, Taylor-Compton has made appearances in series such as ‘Grey’s Anatomy’ (2012) and ‘Nashville’ (2015).

Scout has a height of 5 feet 3 inches. Additionally, she weighs is 57Kg. In addition, she has a measurement of 30-24-35 inches and her bra size is 30A. Scout’s hair color is brown and her eye color blue.