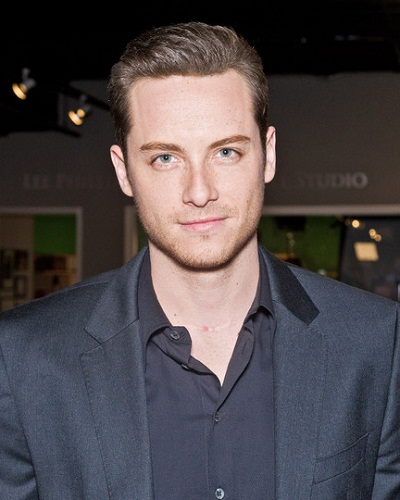 Love is just magical. It is unpredictable. Everyone has feelings and emotions regarding love. Being a lesbian or gay is nothing new, it is what they are. Love is in the air and it is proved true by the on-screen couple Jesse Lee Soffer and Sophia Bush.

As the World Turns star Jesse Lee Soffer is a successful and famous name in the industry and he has been able to do ample justice to his talents and abilities.

But recently there is news that he has turned his co-star into his real-life girlfriend and the two are dating one another. So what is the real deal? Are they dating or is this actor still single?

Are they really dating?

People are always curious to know if Jesse Lee dated his co-star Sophia Bush or not. The two worked together in Chicago P.D and it is said that the two started dating back in 2014.

Even a source explained the nature of the connection between Sophia and Jesse,

“They’ve [Sophia and Jesse] been secretly dating for over three months, but only their close friends knew,”

“Jesse is super-sweet and they are really cute together.”

“They all have really good chemistry together,”

Jesse and Sophia also walked the red carpet at the UNICEF Neverland Masquerade Ball which was held at the Moonlight Studios on Friday, October 16, 2016, in Chicago, Illinois and that made it certain that the two were in a girlfriend-boyfriend relationship with one another.

You may like to read Grey’s Anatomy star Jesse Williams and His Wife Aryn Drake-Lee Divorcing After 5 Years of Marriage!!

Can't think of a better way to spend a weekend than skiing for a great cause. @operationsmile has changed the lives of hundreds of thousands of kids across the world. Check em out and get involved. #Repost @jsalke #SkiingForSmiles #UntilWeHeal ❤⛷❄️

Being very secretive towards their relationship

They never spoke about their off-screen relationship and thus, fans who often wonder if the two got married and shared a husband-wife relationship are left hanging.

However, some sources claim that the two are no longer together but still, it might just be a case of keeping things under the rock and not publicizing their relationship to the world.

So let us wait and see if either of them comes out and addresses the fans’ curiosity! Regardless, the two have been a successful pair on-screen and back in an interview in 2016, the actress gave her take on their on-screen relationship. Sources said,

“Their relationship has been so solid, but she’s just not a person who lets people get all the way in,”

“It’s kind of a lightbulb moment of the healthiest relationship I have, the person who has my back through high and low and who has my safety at heart and as a major concern, has always been him,”

“It’s kind of fun this season; they’re not living under Voight’s thumb anymore,”

In 2015, the news was that Hesse and Sophia separated. They started dating in August 2014 and ended their relationship after a year.

Previously, Soph was in a relationship with the late Dan Fredinburg. Dan was a Google executive, climate activist, inventor, explorer, and entrepreneur. On April 25, 2015, he died in Nepal due to the 7.8 magnitude earthquake that hit Nepal. She was shattered hearing this news and paid tribute to the greatest love of her life and wrote,

“There are no adequate words. Today I find myself attempting to pick up the pieces of my heart that have broken into such tiny shards, I’ll never likely find them all. Today I, and so many of my loved ones, lost an incredible friend. Dan Fredinburg was a one-of-a-kind. Fearless. Funny. A dancing robot who liked to ride dinosaurs and chase the sun and envision a better future for the world.”

In September 2018 it was confirmed that Jesse is dating Torrey DeVitto. He told the US magazine,

According to the same source, they had reportedly started dating only a month ago.

Also read Torrey Devitto and Jesse Lee Soffer are confirmed to be dating! Know more of their past and present relationship!

Jesse Lee Soffer is an American actor. He is best known for his role as Will Munson on the CBS soap opera As the World Turns for which he received three Emmy Award nominations. He currently plays the character Jay Halstead on the NBC drama Chicago Fire and its police procedural spin-off Chicago P.D. More Bio…

Sophia Bush is an American actress, director, spokesperson, and activist. She is mainly popular for starring the role of Brooke Davis in an American television drama series One Tree Hill. See more…

Desmond Harrington has already moved on from past relationship or is still stuck on it
Tags : American Actor