Sean Avery is a Canadian former professional ice hockey left winger. Sean Avery has been married to an American model, Hilary Rhoda and they are blessed with a son.

Sean Avery has been married to an American Model, Hilary Rhoda since October 10, 2015. Their marriage took place at the Parrish Art Museum in New York. The couple first met at Warren 77 in the summer of 2009.

They are blessed with a beautiful son, Nash Hollis Avery, born on July 28, 2020. As of now, he is happily living with Rhoda and his son in North York. 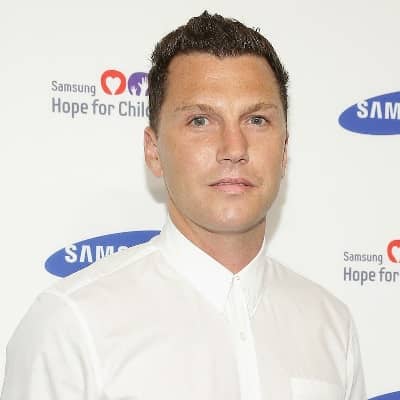 Who is Sean Avery?

He was born to Al Avery and Marlene Avery. His father is a teacher who played hockey in Sudbury and his mother Marlene is also a teacher. He has one sibling brother named Scott Avery.

Furthermore, he is of Canadian nationality but there is no detail about his ethnicity and education. However, some sources claim he attended Dunbarton HS.

Sean Avery made his career debut in 1996 when he played for the Owen Sound Platers and the Kingston Frontenacs of the Ontario Hockey League. After that, he was signed by the Detroit Red Wings as a free agent in 1999.

On February 5, 2007, he was again transferred to the New York Rangers where he scored 20 points in 29 games helped the team complete a 17–4–6 end-of-season run to qualify for the playoffs.

On February 9, 2009, he returned to his former team, New York Rangers where he played all of his career time since then till he retired from his Ice Hockey Career on March 12, 2012. He announced his retirement on Watch What Happens Live.

Avery was involved in a number of controversies during his NHL Career. He was even said to pay a fine for his several behaviors. Avery is also called the hot-headed guy in the Hockey Rink. He once received an NHL-maximum $2500 fine for commenting on Jason Blake’s battle with leukemia.

On November 1, 2008, he was accused of shouting rough at a fan who had been interrupting him during the game. Moreover, in 2016, Avery was served with a restraining order for harassing his mother-in-law.

Sean stands tall with a height of 5 feet and 10 inches and weighs around 88 kg. He has blue color eyes and light brown hair. Avery has an athletic body.