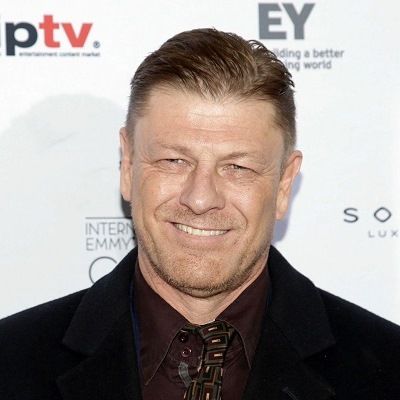 He's a fallen hero, a very gentle man under that exterior. He's lived in an environment always ravaged by war and had to be realistic. He wants to use the ring against the enemy instead of destroying it. He doesn't understand the complexities this piece of metal can have on human beings.

There's a wealth of literature out there which, hopefully, will be, you know, exploded in the future, and I personally find it very rewarding to be involved with classic storytelling, and sort of legendary characters.

I think there was a time I was linked to it but I suppose I blew it playing 006. They made a good choice in Daniel Craig. He's a very good actor. He was in one of the first Sharpes we ever did and I gave him a bit of a battering. So we can always say Sharpe battered Bond.

Bean met  English actress, Melanie Hill at RADA. The couple got married on February 27, 1990. They have two daughters. Their first daughter, Lorna was born before the couple’s marriage in October 1987. Their second daughter, Molly was born in September 1991. The couple separated with a divorce in 1997.

Bean and English actress Abigail Cruttenden met on the sets of their ITV series ‘Sharpe’ in 1996. They started dating and eventually got married on November 22, 1997. The couple has a daughter, named Evie, who was born on November 6, 1998. Like his previous marriages, this relationship also ended in divorce in July 2000.

Sean Bean and Amy Ellery had a brief relationship in the past. Sean and Georgina Sutcliffe started dating in 2005. They scheduled their marriage to happen in January 2008, but canceled it due to some personal reason, according to sources.

However, he later got married to Sutcliffe at the Marylebone Register Office in London on February 2008. Reports of physical abuse were filed by the actress in 2009 that aroused media attention. Police case and legal issues came up against the actor which culminated with a divorce in 2010.

Bean started dating Ashley Moore in the summer of 2013. They are still together. She is 36 years his junior. They have also engaged now. They got married on June 30, 2017.

Who is Sean Bean?

Sean Bean is an English actor best known for his portrayal of ‘Major Richard Sharpe’ in the TV series ‘Sharpe.’

Likely, he has featured in many films as well and has become very popular for his ‘negative’ roles in films like ‘Patriot Games’, ‘National Treasure’, and ‘GoldenEye’.

His father’s name is Brian Bean owned a fabrication shop, providing a livelihood to over 50 people, and his mother’s name is Rita Bean worked as a secretary there. Sean also has a younger sister named Lorraine.

He has a sibling namely, Lorraine Bean. Sean holds British citizenship and English ethnicity. His birth sign is Aries.

Talking about Sean’s education history, he attended Brook Comprehensive School with O Levels in Art and English in 1975.

He then went to Rotherham College of Arts and Technology, where he took a welding course while working on his father’s farm. Eventually, he shifted to drama classes at the Rotherham College.

Talking about his profession, Sean Bean made his professional debut in the theatre by playing ‘Tybalt’ in The Royal Shakespeare Company’s ‘Romeo & Juliet’ in 1983. He also made many stage appearances with the company between 1986 and 1988. During this time he also appeared in his first film, Derek Jarman’s ‘Caravaggio’ in 1986.

Therefore, he is also extremely popular for the role of ‘Eddard ‘Ned’ Stark’, the character he played in the television series ‘Game of Thrones’. The series, an adaptation of the ‘A Song of Ice and Fire’ series of novels by George R. R. Martin helped him reach the pinnacle of his career.

He won Best Leading Actor for Broken (2017) at BAFTA TV Award in 2018, he won Best Cast Ensemble for The Lord of the Rings: The Return of the King (2003) at Awards Circuit Community Awards, Critics Choice Award, Gold Derby Award, he also won Best TV Hero for Game of Thrones (2011) at IGN Award.

Likewise, he won Best Performance by an Actor for Accused (2010) at International Emmy Awards, he won Outstanding Performance in a Drama, Lead for The Elder Scrolls IV: Oblivion (2006) at NAVGTR Award.

He has an estimated net worth of around $20 million (as per 2019 data) and he has earned that sum of money from his professional career.

There was a rumor that Sean Bean is going to be a father. Another rumor was Sean started dated Nadia Foster in 2011. Currently, he is far from rumors and controversies.

Sean Bean has a height of 5 feet 10 inches and he weighs 85 Kg. Additionally, his chest, waist, biceps sizes are 44-35-15 inches respectively.

Sean’s hair color is light brown and his eyes color is green.

Also get to know more about Malcolm McDowell, Daniel Sharman, and Lyndon Ogbourne.