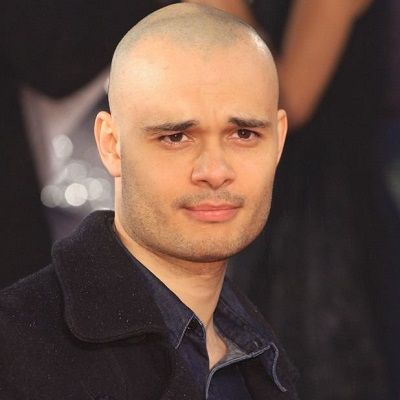 I can only talk to people when I know them and feel comfortable with them.

Life is what you make of it, and I'm just trying to make mine what I want it to be.

Sean Conlon is happily married. But he has not disclosed the name of his wife and wedding date.

On 15th January 2014, he revealed his wife’s pregnancy. She gave birth to a baby daughter after a week of his announcement.

During his early days at Five, he was engaged to a dancer Suzanne Mole. Suzanne toured with the group. But their relationship did not work out.

When he was asked about love, he answered that for his love is when he thinks about a girl all the time. Sean likes feminine girls.

During his first year at secondary school, he had his first crush. He likes a girl named Helena. Other boys from his school liked her as well. He also revealed that he only had one proper girlfriend but he messed it up.

He went on a holiday and met another girl and later he felt guilty after coming back home.

Who is Sean Conlon?

Sean Conlon is a British pop singer known for being a member of boy band Five. His band won the 1998 MTV Europe Music Awards for The MTV Select Awards.

He has appeared in TV series Loose Women and Celebrity Juice. During the split of their band on 27th September 2001 after selling 10 million copies of their records worldwide.

He was born as Sean Kieran Conlon on 20th May 1981 in Leeds, West Yorkshire, England. He is 38 years old at present. His father is Dennis and his mother is Kate.

His father is a drummer and actor who performed as Chief in Shameless. He has four siblings. He has two sisters Charlotte and Katrina, a brother Dominic and a half-brother John. Also, he is from a musical family as his sister plays guitar and his brother is a DJ.

When he was a child, he performed songs that he made in the back garden with his toy guitar. Sean was given the toy guitar on his fourth birthday.

Similarly, he is of Irish and Trinidadian ethnicity. He grew up on a tough council estate along with his mother and siblings. Conlon’s parents divorced when he was nine years old. His father resides in Southport.

When he was nine years old, he gained more interest in music. He was given a keyboard as a Christmas present. After that, he started writing songs. His first song was about his demand for a bike rather than a keyboard.

His inspiration was from The Michael Jackson Story. He was hooked from the movie and decided to pursue a career in music. His first recording session was at the age of eleven. When he was thirteen years old, he won the Yamaha’s Young Composer Competition and performed for Harvey Goldsmith, Richard Skinner, and Phil Collins.

His father contacted Bob Herbert and asked him to consider Conlon but was refused due to his age. He was only 15 years old at the time and he was the only boy out of 3,000 to play his own composition.

Sean grew up in Horsforth and educated from St Mary’s RC Primary School. After that, he attended St. Mary’s Catholic High School in Menston.

Sean is a member of the British boy band formed in 1997. The other members of the band are Mike Togher, Ritchie Neville, and Scott Robinson. This band had massive success worldwide.

They were credited for 1.6 million albums and 2.4 million singles in the UK. Likewise, they were signed by Simon Cowell & BMG/RCA for a six-album deal. They released their debut single Slam Dunk in November 1997.

Similarly, their international hit was When the Lights Go Out. It cracked the U.S. top 10 and earned Gold status. In the year 1998, they released It’s The Things You Do.

Sean left the band in 2001 and rejoined the group in 2013 as part of the ITV2 series The Big Reunion.

After leaving the band, he started pursuing a solo career as an R&B, jazz and soul singer and pianist in the cafes of London. He became the 2nd member to sign the solo recording deal with Sony.

Sean co-wrote the song Let Your Wall Fall Down for the studio album Brother. Similarly, he auditioned for the first series of The Voice UK in March 2012.

Conlon keeps his life private so he has not been part of any big rumors and controversy.

Sean Conlon has naturally black hair but he is often seen with a shaved head. His eyes are in brown color.

He is 6 feet tall and has an average weight.

But there are fan pages made in his name on social media.