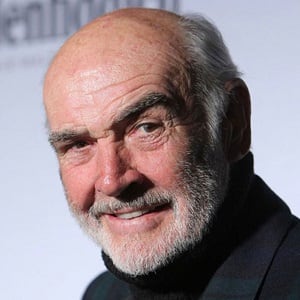 I have always hated that damn James Bond. I'd like to kill him.

There is nothing like a challenge to bring out the best in man.

Laughter kills fear, and without fear there can be no faith. For without fear of the devil there is no need for God.

What is the relationship of Sean Connery?

Sean Connery dated Carol Sopel during the mid-1950s. Later, he was in a relationship with the daughter of a documentary filmmaker and feminist Jill Craigie, Julie Hamilton.

On 6 December 1962, he married the actress, Diane Cilento. They have a son together, actor Jason Connery. The pair separated on 6 September 1973.

Connery was a married man. He was married to his wife Micheline Roquebrune. The pair exchanged vows on 6 May 1975.

The marriage was going strong as there was no news regarding any extramarital affairs of Sean.

Who is Sean Connery?

Sean Connery is a retired Scottish actor and producer. People mostly know Sean Connery as the first actor to portray the character ‘James Bond’ in the film.

Additionally, he has appeared in movies like ‘The Untouchables, ‘The Name of the Rose’, ‘Indiana Jones and the Last Crusade, and ‘Murder on the Orient Express’ among others.

Connery was born Thomas Sean Connery in Fountainbridge on August 25, 1930. He was born to parents Euphemia McBain “Effie” and Joseph Connery.

His mother was a cleaning woman and his father was a factory worker and lorry driver. Additionally, he has a younger brother, Neil. Sean is of British and Scottish nationality.

Furthermore, he belongs to a mixed ethnic background of Scottish and Irish. Connery loved playing street football as a child.

Connery quit school to earn money for his family at the age of 13. Later, he got a job as a milkman in Edinburgh. Additionally, he joined the Royal Navy after three years. In addition, he was discharged after some time on medical grounds. Sean also worked as a truck driver, laborer, coffin polisher, and lifeguard.

In 1951, he helped out backstage at the King’s Theatre. Sean appeared in the movie ‘Let’s Makeup’ but was uncredited. In 1956, Connery appeared in ‘Dixon of Dock Green’, ‘The Condemned’ and ‘Sailor of Fortune.’ Since then, he has appeared in several other movies and television series. At present, he has more than 90 credits as an actor.

Some other movies and television series that Connery has appeared in are ‘Freedom: A History of Us’, ‘The League of Extraordinary Gentlemen, ‘The Russia House’, ‘The Hunt for Red October’, ‘Family Business’, ‘Indiana Jones and the Last Crusade, ‘The Offence’, ‘Diamonds Are Forever, ‘The Red Tent’, ‘The Magical World of Disney’, and ‘You Only Live Twice’ among others.

Sean confirmed his retirement from acting on 8 June 2006. He is a member of the Scottish National Party. On 5 July 2000, he was knighted by Elizabeth II at an investiture ceremony at Holyrood Palace in Edinburgh.

Connery won the Oscar in 1099 for his performance in ‘The Untouchables.’ Additionally, he has also won the Golden Globe Award two times. In addition, he also received the Cecil B. DeMille Award in 1996. Furthermore, Sean has won the BAFTA Film Award, Lifetime Achievement Award (Academy of Science Fiction, Fantasy & Horror Films), American Cinematheque Award, Blockbuster Entertainment Award, Christopher Award, and Jupiter Award among others.

Connery had not revealed his current salary. However, he had an estimated net worth of around $ 350 million as of 2022.

Is Sean Connery involved in any rumors and controversies?

Connery’s relationship with Diane Cilento was controversial. Diane alleged that Sean had abused her mentally and physically during their relationship.

He later commented that any abuse of women was unacceptable. Additionally, Sean also became part of a controversy after he was accused of being a tax exile. At present, there are no rumors concerning Connery and his career.

What are the body facts of Sean Connery?

Talking about his body measurement, Sean Connery had a height of 6 feet 2 inches (1.88 m). Additionally, he weighed around 75 kg.

Furthermore, his hair color was grey and his eye color was dark brown.