Updated On January 6, 2023 | Published By: Smriti Sharma
Share this
Married 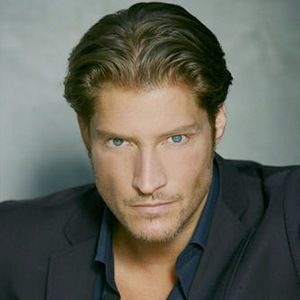 When fans ask me for advice, here's what I tell them: "Work for a living, but don't live for the working".

What is the relationship of Sean Kanan?

Sean Kanan is married to Michele Vega in July 2012.

He was in a relationship with Gladys Jiminez and the couple has a daughter Simone Andrea Kanan (2001). Previously, Sean was married to Athena Ubach in 1999.

However, this marriage didn’t last long and they divorced each other in 2001.

Who is Sean Kanan?

Sean Kanan is an American actor and TV host.

He is best known for his roles on shows like General Hospital, The Bold and the Beautiful, and as well as in The Young and the Restless and for the 1989 movie ‘The Karate Kid Part IIl.’

Sean Kanan was born in Cleveland, Ohio, the United States on November 2, 1966. His birth name is Sean Perelman. His father’s name is Dale Perelman and his mother’s name is Michele Perelman.

There is no information about his siblings. Sean holds American citizenship and mixed (Ashkenazi Jewish- German- Irish) ethnicity. His birth sign is Scorpio.

At which university did Sean Kanan attend?

Talking about his profession, Sean Kanan received his big break working for Academy Award-winning director John Avildsen in the 1989 film The Karate Kid Part III. In the following year, he starred on the Fox television series The Outsiders.

In 1993, Kanan joined the ABC soap opera General Hospital as A. J. Quartermaine. Unfortunately, he left the series abruptly in 1997 following his struggle with alcoholism.

In 1999, Kanan joined the cast of the NBC soap opera Sunset Beach as Jude Cavanaugh and remained with the show until its cancellation later that year. Additionally, he wrote and executive-produced Chasing Holden, distributed by Lionsgate, which starred DJ Qualls.

In May 2010, Sean Kanan also appeared in My Trip to the Dark Side, written and directed by Shane Stanley. Likely, he also starred in the 2011 sequel My Trip Back to the Dark Side.

In the same year, Kanan wrote “The Modern Gentleman; Cooking and Entertaining with Sean Kanan”, published by Dunham Books.

He also appeared on and off from May until September 2012. Besides that, as a teenager, years prior to his role in The Karate Kid Part III, Kanan trained in boxing before switching to Shotokan Karate and kickboxing at age 13.

During the filming of the movie he trained in Shitō-ryū at a school run by Karate master Fumio Demura, and with the stunt coordinator and Tang Soo Do master Pat E. Johnson.

He was nominated for Special Fan Award for America’s Favorite Couple for The Bold and the Beautiful (1987). Furthermore, he was also nominated for OFTA Television Award for Best Supporting Actor in a Daytime Serial for General Hospital (1963).

As of 2022, Sean has a net worth of around $25.1 million. He has earned this sum of money from his professional career only.

There was a rumor that the actor was fired, but he remained with the show until early 2005 when he opted to go on a recurring status, and he last appeared on February 22, 2005.

Sean Kanan has a height of 6 feet, and his weight is unknown. He has hair color in dark brown and eye color in blue.