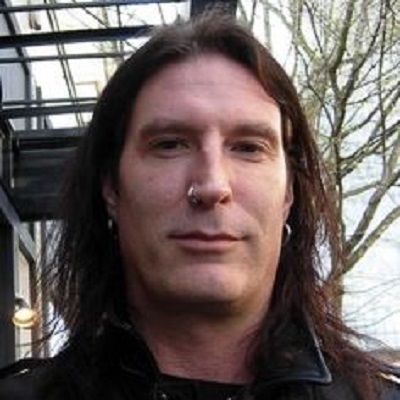 I think female drummers are great. I think there should more of them

The next Led Zeppelin is playing somewhere, and they'll likely never make it because there's no infrastructure for it. They'll never get a chance.

Sean Kinney has been in relationships with Melinda Starr and Rebecca Miller.

However, currently, the drummer seems to be living a single life. Besides this, he has not revealed anything about his personal life so far.

Who is Sean Kinney?

Sean Kinney is an American musician. He is famous as the drummer and co-founder of the rock band Alice in Chains.

Moreover, Kinney is also the founder of Spys4Darwin. Furthermore, he has collaborated with Johnny Cash, Metallica, among others.

He is the son of father Francis Howard “Frank” Kinney and his mother Shirlee Ann (De Spain) Mott. Kinney’s father was a police officer while his mother was a city official.

There is no information about Sean’s siblings. He belongs to American nationality and his ethnicity is Irish.

Sean Kinney formed the band, Alice in Chains with guitarist and vocalist Jerry Cantrell in 1987. He almost didn’t play at all on Alice in Chains’ debut album, Facelift. He had broken his hand and the band started rehearsing with Greg Gilmore who was the drummer from Mother Love Bone.

Since the band’s formation, Kinney has been the only drummer. Moreover, he has also played piano and sang chorus vocals through a megaphone on the hidden song from Sap entitled “Love Song“.This album was named after a dream Kinney had. This dream was about the band recording some light acoustic songs for an album they name Sap because it’s “sappy.”.

Furthermore, Sean was featured in the 1992 movie Singles, along with the other members of Alice in Chains performing the songs “It Ain’t Like That” and “Would?”.

In 1996, Kinney joined singer Johnny Cash, guitarist Kim Thayil of Soundgarden, and bassist Krist Novoselic of Nirvana to perform a cover of Willie Nelson’s “Time of the Preacher“. The same year, Sean played drums for Cantrell’s first original solo song called “Leave Me Alone“. This song featured on the soundtrack of the 1996 film The Cable Guy.

After they toured as part of Cantrell’s solo band in 1998, Sean and Queensrÿche guitarist Chris DeGarmo found a new band and named it Spys4Darwin in 1999. Soon after, Alice in Chains’ bassist Mike Inez and Sponge lead vocalist Vin Dombroski joined the band.

The band released their first and only album on May 18, 2001, called Microfish. Furthermore, they also made their live debut at Endfest in Seattle on August 4, 2001.

Since 2009, Sean co-owns a club called The Crocodile in Seattle along with Alice in Chains’ manager Susan Silver and others. In 2013, Rolling Stone named The Crocodile as one of the best clubs in America. The club was ranked at number 7.

Sean has received nine Grammy Awards nominations from 1991 to 2018. Unfortunately, he has not won any awards so far.

Sean is a very successful drummer. Kinney has a net worth of around $20 million in total. However, his annual income is still under review.

His sources of income include earnings from his band’s album sales, touring, sponsors, etc. Moreover, Sean also co-owns The Crocodile club which is one of the best clubs in America.

There are no rumors and controversies surrounding this musician.

Sean Kinney is a tall guy with a height of around 6 feet 1 inch (1.85m) with a bodyweight of 80kg. Furthermore, he has brown eyes and dark brown hair.

You may also like to read Chris Cornell, Susan Silver, and Dave Mustaine.