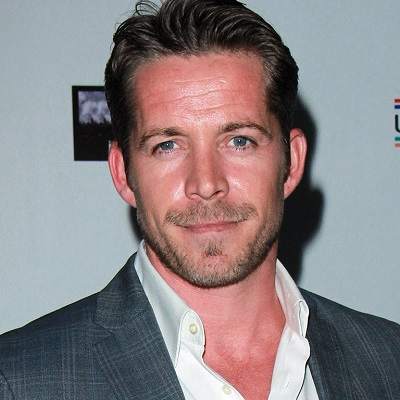 My mum and dad teach, and all my brothers and sisters have been in 'Riverdance' and so forth. So I was forced to become a dancer

it's part of my family history As a young actor, it's important to see how the greatest in the industry work... diva behavior is never it. I've had every kind of humiliation, from playing in Gala Bingo halls to doing a PA in a Glaswegian nightclub and having cans of lager thrown at me.

What is the relationship of Sean Maguire?

Sean Maguire is married to Tanya Flynn. His wife, Tanya is a police detective by profession.

The couple exchanged vows on 19th October 2012. After two years, the couple once again tied the wedding knot on 30th December 2014. Together, the couple welcomes their first son, Flynn Patrick Maguire (b. July 2015).

Later, in December 2017, they brought a little brother for Flynn. As of now, they have not shared the name and details of their younger child.

Who is Sean Maguire?

British Sean Maguire is an actor and singer. He is renowned as Robin Hood of Once Upon a Time, Kyle Lendo of The Class, and Leonidas of Meet the Spartans.

Last, in 2020, he appeared in the 10th season of the TV series, The 100. Next, he will appear in the movie, Headshop as Grant. Currently, the movie is in the stage of post-production.

Who are the parents of Sean Maguire?

Sean Maguire was born on 18th April 1976 in Ilford, London, England. His birth name is Sean Martin Michael Maguire. He is of Irish ethnicity. His family originally hailed from the town of Cavan in County Cavan, Ireland.

He is one of the six children of his parents; Michael and Kathleen Maguire. His parents are dancers by profession. They run the dance academy, O’Shea school. He has five siblings; Darren, Ciaran, Michael, Ellie, and Katherine Maguire.

At the tender age of five, he started acting in the TV movie, A Voyage Round My Father. In the movie, he shared the screen with the legendary actor, Laurence Olivier.

After the movie, he took a break from the entertainment industry. Details on his academics are not available.

In 1988, he reentered the TV series, Grange Hill as Tegs Ratcliffe. Following that, he appeared in the TV series, Dodgem, Growing Pains, and The Bill.

In 1993, he joined the cast of the TV soap, EastEnders. In the soap, he portrayed the character of the homeless, and drug-addicted character, Aidan Brosnan.

Following that, he appeared in British TV series like Sunburn, Scene, Dangerfield, Holby City, and Prince Charming. In 2001, he entered the American TV industry with the movie, PrinceCharming as the prince. After that, he landed the main role in American sitcoms like Off Center, Eve, and The Class.

Besides that, he is also popular for his movies. Some of his movies include Sings for Amy, LA Blues, Out of Depth, and Waterland.

Apart from being an actor, Sean Maguire is also a talented singer. In 1994, he launched his debut self-titled album with three tracks. The single, Someone to Love peaked at the 14th position in the UK Single Chart.

The following year, he launched his second studio album, Spirit with 12 tracks. The chart peaked as the 43rd position in the UK Album Chart. Last, in 1998, he launched his latest album, Greatest Hits.

Besides that, he also makes the royalties that he makes through his music.

Sean Maguire has blue eyes with brunette hair. He has a height of 5 feet 10 inches and weighs around 81 kg.

Talking about his appearance, he has an attractive persona with an oval-shaped facial feature.

Also, he prefers to have slightly grown facial hair.

To date, he has managed to be far from any sort of controversy and scandals that created a buzz in the media. Also, there are no rumors linked with him.

Matreya Scarrwener
Tags : British actor Headshop Once Upon a Time