American Sean Parker is an entrepreneur and philanthropist. 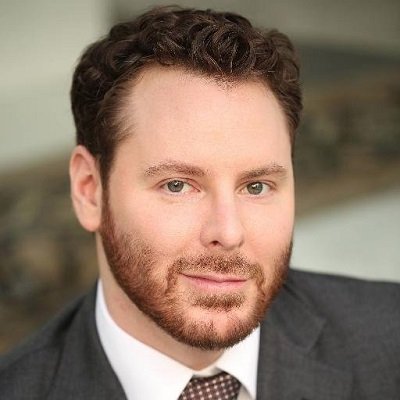 Running a start-up is like eating glass. You just start to like the taste of your own blood

You can now be a master of your own destiny. I'm not sure why you would sign up with a record label

I suffer from the delusion that every product of my imagination is not only possible, but always on the cusp of becoming real.

Sean Parker is a married man. His wife, Alexandra Lenas is a singer and songwriter.

The couple got engaged back in 2011. Later, the couple had a lavish wedding on the 1st of June 2013 at Big Sur, California. The lavish ceremony was attended by 366 guests.

The wedding consumes were designed by the Academy award-winning costume designer, Ngile Dickson. The big-fat-wedding was based on the Lord of the Rings theme that took place into a forest paradise. The forest paradise worth $4.1 million.

On the wedding date, the bridge walked on the 200 feet long wedding aisle. Around 450 people including 24 tailors and 100 artisans worked for the wedding to make it successful.

However, the couple received backlash for the damage of the redwood forest destruction. For that, Sean paid $1.5 million as a forest donation. Also, he settled the matter with the California Coastal Commission paying $1 million on the behalf of owner of the venue, Ventana Inn for lacking the proper permits.

Who is Sean Parker?

American Sean Parker is an entrepreneur and philanthropist. He is renowned for his online platforms including Causes, Airtime.com, and Brigade.

He is the founder of computer service, Napster. Also, he is the first president of Facebook.

Sean Parker was born on the 3rd of December 1979 in Herndon, Virginia.

His father, Bruce Parker is an oceanographer for the United States whereas his mother, Diane Parker worked in an advertising firm. They are of British-French ethnicity.

In 1998, he graduated from the Chantilly High School in Fairfax County. In High School, he spent his days in coding the computers. Prior to that, he also joined Oakton High School.

After graduation, he joined Mark Pincus as an intern. However, he is a passionate reader often spent time with online sites like Napster.

The inspiring entrepreneur is famous for his business venture. In 1999, he started his career as an entrepreneur with a fellow friend, Shawn Fanning. At the time, he raised the fund of $50k and started the free file-sharing service, Napster.

Later, in 2002, he launched the online address book, Plaxo which got integrated with Microsoft Outlook. Moving forward, he joined Facebook as the president for the site.

In 2006, he became the managing partner for the capital firm, The Founders Fund. Along with the firm, he got engaged with the Swedish music streaming site, Spotify. Currently, he is a board member of the company.

Sean Parker is also well known for his philanthropy works. Since 2005, he has involved with global public health, and cancer research works as an active donor.

In June 2015, he launched Parker Foundation with $600 million. The foundation also works in the public health sector. Later, in 2016, he donated $250 million for the cancer research sector which funded 300 scientists at 40 laboratories.

Besides that, he also makes through the profit of his online business platform that Napster, Plaxo, Spotify, and so on. Back in 2019, the company, Spotify had revenue of €6.764 billion (i.e around $7.64 billion).

Also, he is the managing partner of the San-Franciso based capital firm, Founders Fund. In 2016, the company had the capital of more than $3 billion.

As of now, he has not been through any kind of controversy that had made headlines in the media. Similarly, there are no rumors linked with him.

However, his business ventures are often related to controversies. One of them also includes Brigade Media. The media house faced racial controversy as the entire leading team of the company only includes the White Men only.

Sean Parker has hazel eyes and dark brown hair. His height is 5 feet 10 inches and weighs around 75 kg.