Sean Patrick Thomas is an American actor who is married since 2006 and has two children with wife Aonika Laurent. 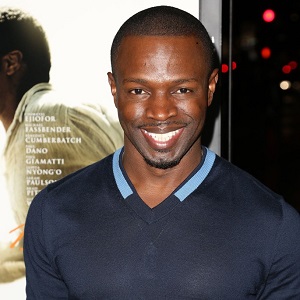 I did study the art of being a barber because I wanted to figure out what my routine would be. Do you start in the front or back? Top or bottom? Swivel the chair or walk around? What I did discover is there's no such thing as the perfect haircut

I'm as anxious as any viewer would be to see what Temple is going to do next. All I know is that in the second half of the season, he's going to have more sexual tension developing. And it's a great cast - they're all Broadway actors except for me. I aspire to that

I'm always playing the nice guy in most of the projects that I do.

Sean Patrick Thomas is a married man for a long time. He is married to famous actress Aonika Laurent.  The couple first met at a party thrown by Barbershop director Tim Story a long time ago.

After dating each other for a while, the couple got married on 22 April 2006. Sean and Laurent have two children together named Lola Jolie Thomas and Luc Laurent Thomas.

Who is Sean Patrick Thomas?

Sean Patrick Thomas is an American actor. He is widely known for his role as Derek Reynolds in the 2001 film Save the Last Dance. He is also famous for his role as Detective Temple Page in the TV film The District from 2000 to 2004.

Sean was born on 17 December 1970, in Washington, District of Columbia, USA. Both of his parents are immigrants from Guyana. His father Carlton Thomas was an engineer and his mother Cheryl was a financial analyst.

He is an American by nationality and he is of Afro-Guyanese ethnicity. He has two younger siblings. Thomas was educated at Brandywine High School in Delaware.

After high school, he attended the University of Virginia. After that, he attended New York University‘s Graduate Acting Program at the Tisch School of the Arts. From there, he graduated in 1995.

After his performance in the film, he became widely popular in the media. From 2000 to 2004, he played the role of Detective Temple Page in the TV series The District.

Thomas portrayed the character Solomon Vessida in the 2012 TV series Ringer. Next, in 2014, he had a role in the film Deep in the Darkness as Dr. Michael Cayle. His portrayal of Jimmy James in the film Barbershop: The Next Cut (2016) received huge popularity in the media and fans.

He also had a recurring role as Professor Macalester in the web series Vixen from 2015 to 2016. Thomas has a net worth of $1 million.

Sean Patrick Thomas has a height of 5 feet 8 inches tall and weighs is unknown. His hair color is black and his eye color is dark brown.