Sean Paul is a Jamaican Rapper and Record Producer. Sean is married to Jodi Stewart and the father of two. 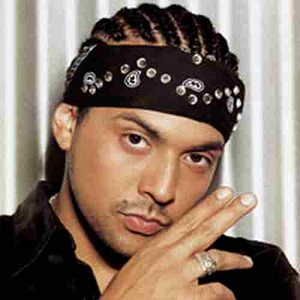 I see dancehall reggae and hip-hop as fused together, When I was a kid, they were the two kinds of music that spoke to me and said 'Move!

I've been approached by many different people, but I don't really want to be known as a collaboration dude

Sean Paul has been married to his longtime girlfriend Jodi Stewart. She is a TV host and they tied the knot on 26 May 2012.

They are blessed with a son Levi Blaze who was born in February 2017. Then in Aug 2019, they again welcomed their second child, Remi.

They are happily living with each other and further, there is no news of separation and divorce.

Who is Sean Paul?

Sean Paul Francis Henriques has known professionally as Sean Paul. He is a Jamaican dancehall rapper, singer, and record producer.

He is best known for his hip-hop songs and Reggae like Dutty Rock, She Doesn’t Mind, and Tomahawk Technique.

He was born on 9 January 1973 in Kingston, Jamaica and he is the son of Garth Henriques (father) and Frances Henriques (mother). Currently, he is 48 years old. He belongs to the Catholic ethnicity.

Similarly, he has one brother, Jason Henriques, and has one son, Levi Blaze. Many members of his family are the swimmer. Paul was also a national water polo player. Furthermore, he gave up the sport in order to launch his musical career.

Sean Paul attended Wolmer’s Boys’ School. Later, graduated from the College of Arts, Science, and Technology, now known as the University of Technology.

Sean Paul released his debut album, Stage One with VP Records, and appeared in the 1998 film Belly on stage performing. In 2002 he released his second album Dutty which includes the hits singles like  “Gimme the Light” and “Get Busy”.

This album was a huge hit and was sold over six million copies and also winning the Reggae Album of the year at the 46th Annual Grammy Awards in 2004. This was followed by a third album called The Trinity which has five big hits including US chart-topper “Temperature‘. Further, he won an American Music Award for Give It Up to Me.

Furthermore, he is the most successful Jamaican artist of all time who has won  MTV Video Music Awards, MOBO Awards, and  Youth View Awards among others.

Paul has a net worth of $25 million and there is no detailed information about his salary.

Paul was once heavily criticized on social media for his oral sex comments during an interview. Back in 2012, he backlashed the rumors of being linked with Beyonce as ‘Crazy’.

Sean Paul has a height of 5 feet 8 inches and has a weight of 75kgs.  His eyes color is Brown and his hair color is Black. Furthermore, he fits 10 US shoe sizes.

Sean is active on social media platforms and has a website.