Updated On November 23, 2022 | Published By: rylee
Share this
Single 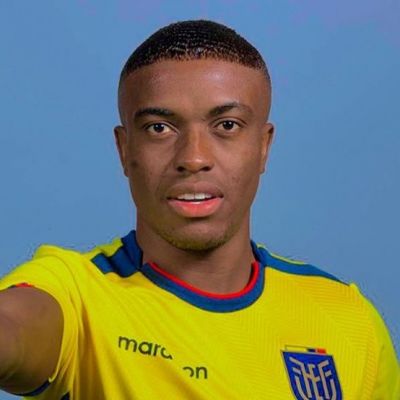 Is Sebas Méndez Single Or Dating?

Sebas Méndez likes to keep his personal life out of the limelight and has not revealed anything regarding his past relationship or girlfriend as of now. So, he is possibly single.

If we get news regarding his marriage in the coming days then immediately update you guys.

Who is Sebas Méndez?

Apart from that, he is also an Ecuadorian national team player.

Similarly, his ethnicity is Afro-Ecuadorian, and according to the astrologers, his birth sign is Taurus.

This player, on the other hand, has not revealed much about his parents but has frequently featured them on social media. The details regarding his parents and siblings are still being researched.

As per the sources, he is believed to be a high school graduate but the name of the institution where he pursued his education is still under review.

Mendez joined the Independiente del Valle academy in 2011. He was named to the club’s B squad in 2014, after which he made his first-team debut in a win over L.D.U. Loja in the Serie A Primera Etapa   on March 7, 2015. Later, he was loaned to  Cultural Leonesa in Spain.

After his comeback to the team, he appeared as a substitute player during the defeated game against Fuerza Amarilla. It was held on May 13, 2016.

On December 28, 2018, he was enlisted in Major League Soccer franchise Orlando City. In the opening game against New York City FC, he made his debut game on March 2, 2019.

He was part of the 2017 South American U-20 Championship and was called up to the Senior Ecuador national team in October 2018.

On September 11, 2018, he made his debut during a friendly game against Guatemala.

The proficient footballer’s net worth is estimated to bar around $3 million as of 2022. His current market worth is £1.50 million.

Ecuadorian Midfielder Méndez started a long-term deal on a reported salary per week, of £8,100 EUR per and per year, £421,200 EUR.

According to the internet, Sebas Méndez has not been involved in any rumors or scandals up to this point. He has always been able to balance his business and home lives. He has always stayed out of the negative spotlight that could harm him.

Ecuadorian Midfielder Méndez stands at the height of 5 feet 9 inches while he weighs around 76 kg. Adding more, with a dark complexion, he has a pair of dark brown eyes and black hair.

Ecuadorian performer Jhegson, who plays at the loftiest levels, is quite active on social media platforms.

However, there are various fan-based accounts under his name.