Sebastian Bear McClard is an actor-producer. Sebastian is Emily Ratajkowski's husband and their first baby Sylvester was born in March 2021. 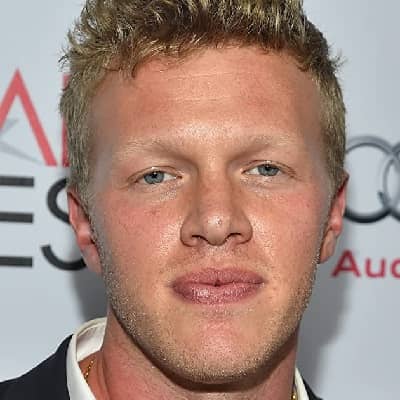 Sebastian Bear McClard is married to an actress. He exchanged vows with Emily Ratajkowski on 23 Feb 2018.

They were first spotted kissing on 2018’s Valentine’s Day weekend. The couple’s wedding ceremony was held in the courthouse ceremony in New York and Emily was wearing a yellow-orange pantsuit by Zara.

At present, this couple is expecting their first child. The news of pregnancy came out in Oct 2020.

Proposal without a Ring?

Sebastian proposed to Emily at Minetta Tavern without a ring. Arghhh!! After the awkward situation, Sebastian made a ring out of the paper clip that the bill was paid. She liked it and felt it was quite romantic.

Later, the couple made the real rings.

Also read check out how they celebrated their 3rd wedding anniversary

Who is Sebastian Bear McClard?

He was nominated for Independent Spirit John Cassavetes Award in 2017 and 2020.

He was born on 21 Jan 1981 in the United States. Also, his father is Michael McClard and his mother’s name is Liza Béar.

Sebastian’s descent is Caucasian but his academics is not disclosed.

Sebastian Bear McClard as a producer produced his first project named Still Life in 2006. Then after a huge gap, he produced Heaven Knows What in 2014 and Good Time in 2017.

Besides producing, Sebastian also acted in various screen projects. He was seen playing the role of a policeman in Good Times (2017), Preston in The Minority (2006), a boy in Force of Circumstance (2005), and more.

He has earned an estimated net worth of $500k at present. The average salary received by him is unknown. He is also one of the partners of a production company, Elara Pictures.

His spouse, Emily has assets of around $8 million. She also bought a 1,650-square-foot home in Echo Park, LA for $2 million.

This Uncut Gems’s producer is at present keeping himself away from rumors and also from desperate scandals.

Regarding Sebastian Bear McClard’s body features, his height and his body weight are of decent size. In addition, he has blue-colored eyes and his hair is light brown.