Updated On January 29, 2023 | Published By: Anjana Kashyap
Share this
In Relation 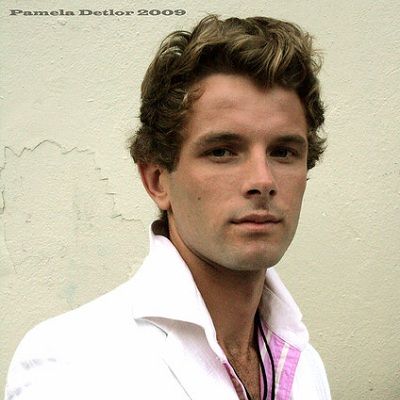 What is the relationship of Sebastian Pigott?

Sebastian Pigott is currently dating his Canadian girlfriend below the username, Sinarapattoni on her Instagram. In Hawaii, the Canadian actor currently posted a picture with his girlfriend enjoying his summer holidays.

And especially, in the comments, Sinara left a loving comment, stating “Love You TOO” with a heart emoji. This apparently shows that the actor is dating his hometown girlfriend. The actor, however, has not been linked to any of his co-stars so far.

Who is Sebastian Pigott?

Sebastian Pigott is a Canadian singer and actor. In 2009, he was a candidate on the sixth season of Canadian Idol. Sebastian has guest-starred on great television series, including Murdoch Mysteries and Revenge.

Sebastian is 39 years old. He was born on February 14, 1983, in Toronto, Canada. Pigott’s father’s and mother’s name is not available. He has a younger brother named Oliver Pigott who is an actor, composer and also known for his works in Lost Angels and Being Erica. Sebastian belongs to Canadian nationality and he is of mixed ethnicity( Scottish and English).

There is no information about his school/college university.

Sebastian Pigott started his career in acting and made guest appearances in various movies and series including, Saw: 3D-The Final Chapter. He and his brother, Oliver Pigott have created a band named “Pigott Brothers” and dropped their album Pigottry in 2009. When he was 26, he participated in the Canadian Idol sixth season.

But before that too, In 2002, he had done small roles in movies like Two Days Till Tomorrow and The Poet in 2007. He was one of the talented singers, following this, made it to the Top Eight list in the Canadian Idol. Soon he begins starring in TV series and movies. Similarly, In 2012, they released their second album, The Age of Peace.

Pigott has finally appeared in such networks television shows such as The Listener, Heartland, The Border, and Deadliest Sea. On CBC Television he has the most outstanding role to date has been of barista Kai Booker Being Erica (seasons 2 to 4), for which he and his brother Oliver compose the songs Alien Like You and Hard To Go.

In 2016, he is also known for his outstanding acting in movies like Slasher, Kodachrome in 2017 and his recent performance in the movie, Anon in 2018.

Sebastian Pigott has an estimated net worth of $25 million as of 2022. He collected this amount through acting and songwriting. Though Pigott is yet to gain a lot in his acting career, it seems he’s living a joyful and passionate life with his girlfriend and family. He’s a net worth of $25 million, which is an admirable sum for an actor like him.

Specially, The New Romantic star Sebastian is always bashful when it comes to his link-ups and affair rumors. It’s hard to believe, but the actor has not provoked rumors with any of his co-stars or models. Possibly he might have dated some, but the link-up stories remain buried under the bush.

Sebastian Pigott is 5 feet 6 inches tall and weighs 74 kg. He has brown hair color his large dark brown eyes are bright and beautiful. He has an athletic body of 45-15-35.