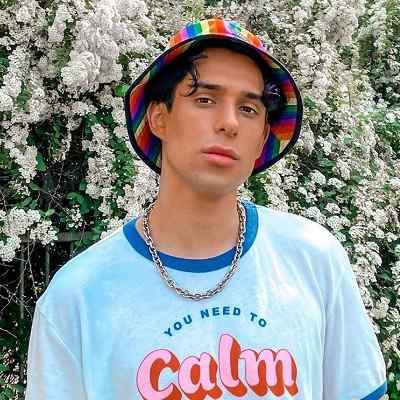 Sebb Argo is in a relationship with Dion Yorkie. Hie boyfriend, Dion is also a YouTuber. His YouTube channel has around 944k subscribers.

The couple has been dating others in 2015. Since then, they have been actively appearing as a couple via YouTube videos. Later, they got engaged in February 2019.

In some video, he also mentioned that they have gone through many phases in their relationship and each time, their bond as the lover grew strong.

Who is Sebb Argo?

Mexican Sebb Argo is a YouTuber. He is renowned for his YouTube videos that went viral on the web.

Sebb Argo was born on the 20th of September 1995 in Mexico City, Mexico. He is of Scottish ethnicity with Mexican roots. He is also known as Sebastian.

Till the date, he has not shared the names of his family background including father and mother. He has an elder brother, Daniel.

Talking about his academics, he is an alumna of the Humber College in Canada. In 2016, he graduated with Honors in Digital communication and multimedia.

He started his YouTube career with his self-titled YouTube channel on the 28th of June 2012. Two days after that, he uploaded his first YouTube video which happens to be a romantic music video named, Say You’ll Stay Music Video. The very first music video earned a huge number of audience due to its romantic content.

Moving forward, Sebb Argo launched his second music video on the channel. Later, he shifted the contents of his YouTube channel to vlogs and challenge videos that he plays with his boyfriend, Dion.

Some of his most-watched challenge videos on the channel include LICK MY BODY CHALLENGE, I Want to Kiss You Challenge, and Dirty Dice Challenge.

Later, he also started uploading the pranks and DIY videos on the channel too. Such video gripped the attention of the YouTube audience making him the YouTube star. Currently, his YouTube channel has 451k subscribers with more than 52.7 million views.

Apart from his main channel, he also has a second YouTube channel, SebbAndDion along with his boyfriend, Dion. The channel is exclusively for the Mexican audience as he prefers to speak Spanish on the channel.

The channel has around 23k subscribers with more than 723.1k views. However, he mostly uploads his videos on his main channel.

Besides that, he also makes though his secondary YouTube channel along with his boyfriend, Dion. Also, he makes through his merch too.

Sebb Argo has brown eyes with brunette hair. He stands at a height of 5 feet 7 inches and weighs around 63 kg.

Talking about his appearance, he has a charming persona with a long-shaped facial structure. Also, he prefers to be clean-shaved.

Till the date, he has not been through any sort of controversy and scandals that created a buzz in the media. Besides that, he has managed to maintain a distance from any type of rumors.

Also, he has around 428.8k followers with over 7m likes on TikTok.

You may also read the bio of Parker Pannell, Hakeem Newkirk, and Francesca Valiani.