Updated On November 16, 2022 | Published By: Frances West | In Child , Relationship
Share this 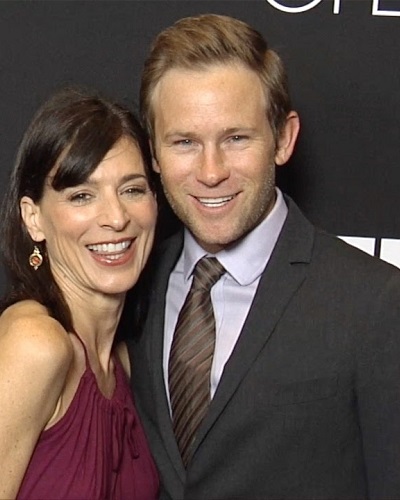 They kept the journey of pregnancy and the baby’s birth a little secret. Know more about their new baby and their relationship here.

The family had a new member a baby girl. According to the rep of the couple, they welcomed their baby girl Phoenix Delphine, on October 14, 2017. Perrey is keeping her little angel far from the media and the limelight.

No doubt, as a mother she is concerned about her baby’s well-being. Neither the couple has posted a snap of their newborn on social media. In June 2015 at a friend’s house in L.A.’s Venice Beach.

Though she is keeping her little one far from the media, she attended KID’s star-studded Easter egg hunt on Saturday, March 17 with her baby.

Tennis Coach, Aaron Fox with whom she shared the ring is the perfect parenting partner. The duo exchanged the rings in June 2015 at a friend’s house in L.A.’s Venice Beach.

Luckiest girl on the planet. ❤️ @aaronfoxtennis thanks for asking me to marry you. @zaringgroup @villalaestanciarivieranayarit#villalaestancia #cabo #mecico let’s go back soon!

Every couple has a cute little story behind their strong bond. Likewise, the Entourage star and her husband have a sweet story.

Their first meeting wasn’t pre-planned as they met accidentally when a mutual pal accidentally double-booked himself with both on the same evening.

According to the actress, she was sure that she had found the one very early on in their courtship. In September 2015, she opened up to the US Weekly:

I know it’s not our anniversary or a throw back day but I just found this picture and it made me smile! #flowergirl #bride #groom #weddingday #wedding #itfeelslikeyesterday @aaronfoxtennis @marysiareeves @scallions

Aaron proposed to Perrey in August of 2014 with the blessings of Reeves’s mom. They had their wedding ceremony with 150 guests including Renée Zellweger and her rescue dog Juniper, who walked her down the aisle.

Perrey, on her big day, arrived in a romantic white gown with a mesh front and a flowing skirt. The beautiful bride kept her long brown hair loose. After the vows, the duo hit the dance floor.

Back then, Perrey said:

“It was all about the music. It was super fun. Everyone was on the dance floor!”

The actress also revealed that she knew that he will be her future husband during their relationship. She revealed to the US Weekly:

You may like to read that American tennis star Alison Riske danced to a Bollywood number of Katrina Kaif at her wedding to Stephen Amritraj!

And the couple is inseparable since then. And now they have a new member of their family a baby girl. The happy couple is living their married life full of joy and hand in hand. Their strong bond is continuing without any rumors of fights or arguments.

Perrey Reeves is an American actress. She is famous for her role as Melissa Gold, the wife of Jeremy Piven’s Ari Gold, on the HBO series Entourage. Furthermore, she has also starred in a couple of popular films and television series such as Escape to Witch Mountain, An Element of Truth, Child’s Play 3, Kicking and Screamin, and a few more. More bio…