Sela Ward is an American actress, author, and producer. She is known for the NBC drama series Sisters. She is married and has two kids. 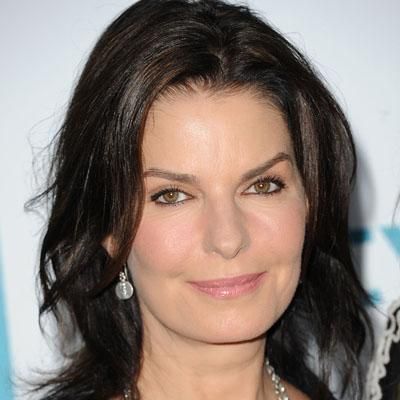 I'd never felt more sexy and more confident as a woman, and more ready as an actress. Yet, as I quickly discovered, if you were over 35, you weren't any of those things as far as Hollywood is concerned.

Sela Ward dated American football player Bob Baumhower in 1977. Ward dated her Emerald Point N.A.S co-star Richard Dean Anderson whom she met during the shooting of the TV series from 1983 to 1986.

Sela dated American actor Peter Weller dated in the late 80s. She met entrepreneur Howard Elliott Sherman in 1991 and the two tied the knot on May 23, 1992.

Who is Sela Ward?

Sela Ward is a famous American author, actress, and producer, who is best known for her roles on television beginning in the early 1980s.

Likely, she has received her second Primetime Emmy Award and Golden Globe Award for Best Actress – Television Series Drama for the leading role of Lily Manning in the ABC drama series Once and Again (1999–2002).

Sela Ward was born in Meridian, Mississippi, the United States on July 11, 1956. Her birth name is Sela Ann Ward and she is currently 64 years old.

Her father’s name is Granberry Holland (electrical engineer) and her mother’s name is  Annie Kate (homemaker). Whereas as a child, Sela was not like the other children in her locality. Sela Ward had big dreams about her life and also wanted to go out and try something big.

Her father would become aggressive whenever he drank. She and her mother suffered a lot due to his self-destructive habits.

Talking about Sela’s education history, she graduated from the University of Alabama.

Talking about her profession, Sela was unaware of how successful she could be as a model. In the late 1970s, she started modeling after being offered a contract by ‘Wilhelmina Models,’ a reputed agency. She modeled in print and was soon seen in commercial advertisements for ‘Maybelline’ and many other beauty products.

By the early 1980s, she had become a known model. Soon, she thought of venturing into the world of acting. She moved to Los Angeles to earn film and TV roles. In the year 1983, she made her acting debut with a small role in the Burt Reynolds-starrer film ‘The Man Who Loved Women.’ She also made her TV debut the same year and was lucky enough to get a meaty role in her debut series, ‘Emerald Point N.A.S.’

Additionally, she played ‘Hilary Adams’ in 22 episodes of the series ‘Emerald Point N.A.S.’ She then appeared in guest roles in series such as ‘I Had Three Wives’ and ‘L.A. Law.’ The early 1990s proved to be highly fruitful for Sela, as she made her TV breakthrough with the series Sisters.’ The series featured her in the lead role of ‘Teddy Reed.’ The family drama series had a high female viewership and became a major hit.

The series ran for five successful seasons, and Sela received widespread acclaim for her performance. She appeared in key roles in films such as ‘Double Jeopardy’ and ‘The Fugitive.’ However, by the mid-1990s, she had begun focusing mostly on her TV roles.

In the year 1999, she appeared as ‘Lily Manning,’ the lead character in the series ‘Once and Again.’ The drama series was a major success and ran for three seasons, with Sela winning universal accolades for her portrayal of a suburban mom.

In the early 2000s, Sela appeared in TV films such as ‘Catch a Falling Star’ and ‘Suburban Madness.’ She slowed down her film career in the 2000s and the 2010s and appeared in supporting roles in films such as ‘Independence Day: Insurgence’ and ‘Gone Girl.’

In 1999, she voiced the character ‘Page Monroe/Calendar Girl’ in an episode of the animated series ‘The New Batman Adventures.’

This actress also won  Actress in a Movie or Miniseries for Almost Golden: The Jessica Savitch Story (1995) at CableACE Awards. Similarly, she won Ensemble of the Universe for Independence Day: Resurgence (2016) at CinemaCon Award.

Ward has an estimated net worth of around $50 million and she has earned that sum of money from her professional career. In the year 1979, Sela did a TV commercial for Ultra Brite Toothpaste.

In 1981, Sela was featured in the Camay Soap commercial. She appeared in the Sprint long-distance phone service commercials from 1999-2000. She did the QVC and National Women’s Cancer Research Alliance (NWCRA) fund-raising event TV commercial in 2000.

In the year 2006, she did a commercial for Arnold Palmer Hospital For Children. She lent her voice to the Crest toothpaste commercial in 2009.

Sela’s hair color is dark brown and her eyes color is hazel. Furthermore, her dress size is 8 (US), and her shoe size 10 (US).