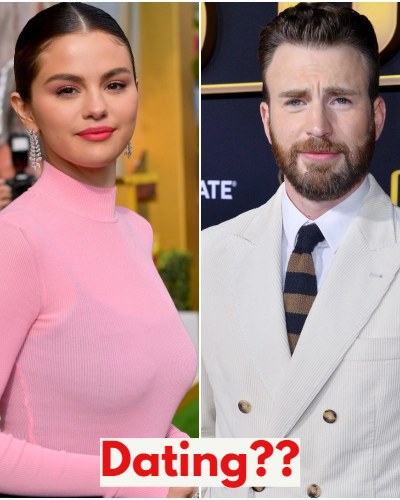 Selena Gomez and Chris Evans dating rumors are all around! Since the week, the rumors of Selena dating Chris have been floating. Chris has started following her on Instagram till 8th October 2021. Likewise, rumors of them working together on a film have broken out. But the rumors have not been verified.

Since 2017, Selena has not been linked with anyone. But earlier in 2021, Gomez was rumored to be dating Aaron Dominguez but she cleared the rumor by saying,

“We had just started working together. I honestly thought, ‘No wonder guys don’t want to date me!’ I think people only care because I’m young, and the older I get the less they’ll care. For now, it’s a part of the job that I don’t really like.”

“If Selena Gomez is really dating Chris Evans that gives me so much hope about going from toxic boys to a DAMN MAN,”

Also read Is Selena Ready For A Serious Relationship? Singer Shared Own Theory About Her Dating Life

Selena is a singer as well as an actress. Her real name is Selena Marie Gomez and belongs to American nationality.

Furthermore, she is the most followed Instagram user in the world in 2018. Read more bio…