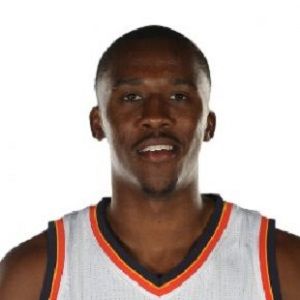 Semaj Christon has succeeded in keeping his personal life private and out of the spotlight. He usually doesn’t talk about his private life in media and public. He hasn’t mentioned about his affairs publically and has managed to keep it low profile. There is no any record of his marriage and divorce till now. He has not clarified about his married life, affair, girlfriend, and spouse till the present time. He is currently focusing on his work. According to the records, he is possibly single at the present time.

Who is Semaj Christon?

Semaj Christon is an American professional basketball player. He currently plays for the Oklahoma City Thunder of the National Basketball Association (NBA). He played college basketball for Xavier University Musketeers and earned Rookie of the Year and All-Atlantic 10 second team honors as he finished with the second-most points (456) for a freshman in Xavier history.

Semaj was born on November 1, 1992, in Cincinnati, Ohio, USA. He is an American by nationality and is of African-American ethnicity.

He is the son of African-American parents William Christon(father) and Toni-Carr Abisina(mother). He was raised in Cincinnati, Ohio with his family.

He was educated at the Winton Woods High School. He was interested in basketball since his early age and he dreamed of being a professional basketball player since he was in school.

Semaj began his basketball career playing for the Winton Woods High School. After high school graduation, he played for the Xavier University Musketeers team for the 2012–13 season. He made his Musketeer debut against Butler on 13 November 2012. Following his freshman 2012-2013 campaign, he earned Rookie of the Year and All-Atlantic 10 second team honors as he finished with the second-most points (456) for a freshman in Xavier history.

He began his professional basketball career in the year 2014. Christon was selected by the Miami Heat with the 55th overall pick in the 2014 NBA draft on June 26, 2014. Immediately after the draft, he was traded to the Charlotte Hornets. Shortly, he was again traded to the Oklahoma City Thunder.

Semaj Christon: Salary and Net Worth

He has a Salary of $1.31 million/year but his net worth is unknown.

Moving towards his body measurements, he has a good height of  6 feet 2 inch with body weight 86. He has black hair color and his eyes are also black. There is no information about his shoe size, dress size, and other body measurements.